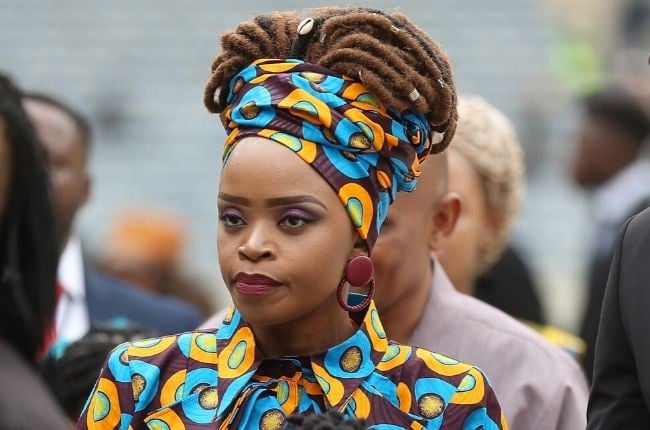 Zenani died two days after her birthday, in a car accident, while on her way home from the World Cup concert in Soweto. Zoleka has previously spoken openly about her battle with drug and alcohol addiction, and at the time of her daughter's death, she was recovering in hospital following an attempted suicide attempt.

Following the tragic incident, Zoleka, has been at the forefront of worldwide campaigns advocating for road safety.

Sharing a slideshow of photos of her daughter, she wrote: "Happy 23rd birthday to my daughter in Heaven. [sic]"

The emotional tribute is set to Brandy's Missing You, and one photo shows Zenani in an embrace with her great grandfather, former president Nelson Mandela.

In recent years, Zoleka has spoken about her on-going battles with depression but had made positive steps on her road to recovery.

Despite Zoleka's troubles in the past, in March she part ways with her husband, and she has since been working on her health, and fitness.

We live in a world where facts and fiction get blurred
In times of uncertainty you need journalism you can trust. For only R75 per month, you have access to a world of in-depth analyses, investigative journalism, top opinions and a range of features. Journalism strengthens democracy. Invest in the future today.
Subscribe to News24
Related Links
6 local celebrity babies on the way
LISTEN: Nasty C and T.I. take a stand against racial injustice and police brutality in new song
SA's Belinda Davids on getting a standing ovation from Simon Cowell
Next on Channel24
Primedia scoops 34 nominations at the 2021 South African Radio Awards