Award-nominated political thriller Askari back at the State Theatre

The two-time Naledi Theatre Award-nominated play Askari will return on stage at the South African State Theatre (SAST) to showcase from 27 September till 16 October 2022.

Based on actual events, the action-packed political thriller relates the story of freedom fighters who were double agents, informers and intelligence analysts, and deadly assassins for the Vlakplaas counterinsurgency unit that specialised in executing and torturing anti-apartheid activists. After impressing critics at its premiere last year, the play's writers, Sello Maseko and Mdu Nhlapo, who doubles as choreographer, earned best script and choreography nominations.

Directed by Maseko, who is 2020 Best Director of Play Naledi-winner, Askari follows men and women who infiltrate organised civic movements and student organisations to recruit unsuspecting youth and influential leaders. It interrogates their choice of turning from insurgencies to counter insurgencies, from community activists to mass killers. Askari delves deep into the personal accounts of these individuals who administered pain, fear, and death. These stories of betrayal, death, redemption, and forgiveness are captured through dazzling music, dance, and powerful storytelling.

The term Askari was used to describe former members of the liberation movements who joined the Security Branch and were working against their former comrades. Many Askaris worked at Vlakplaas, a farm 20 kilometres west of Pretoria that served as the headquarters of the counterinsurgency unit C1 of the Security Branch of the apartheid-era South African Police. Though officially called Section C1, the unit also became known as Vlakplaas.

In 2019 Maseko visited the notorious farm before devising the play. "I saw a lonely and quiet farmhouse on an empty tract of land, sad outbuildings and the vengeful interrogation rooms and the tearful graves of those who met their end in the hands of the state-sponsored death squad," he recalls. "About 40 years ago, the farm housed a group of people called ASKARI. The farm administered pain, fear, miseries, uncertainty, and death."

He says the play seeks to honour the struggle heroes who died in the torture chambers of Vlakplaas and also reconcile the nation. "As a historian and storyteller, I saw it fit to contribute to the truth reconciliation project. The story of these foot soldiers of apartheid whose job description was to kill needed to be told, and I had to be the one telling it. Having to deal with souls roaming around and searching for peaceful rest is not easy. This action-packed story is part of a truth and reconciliation program to help communities heal and move on." 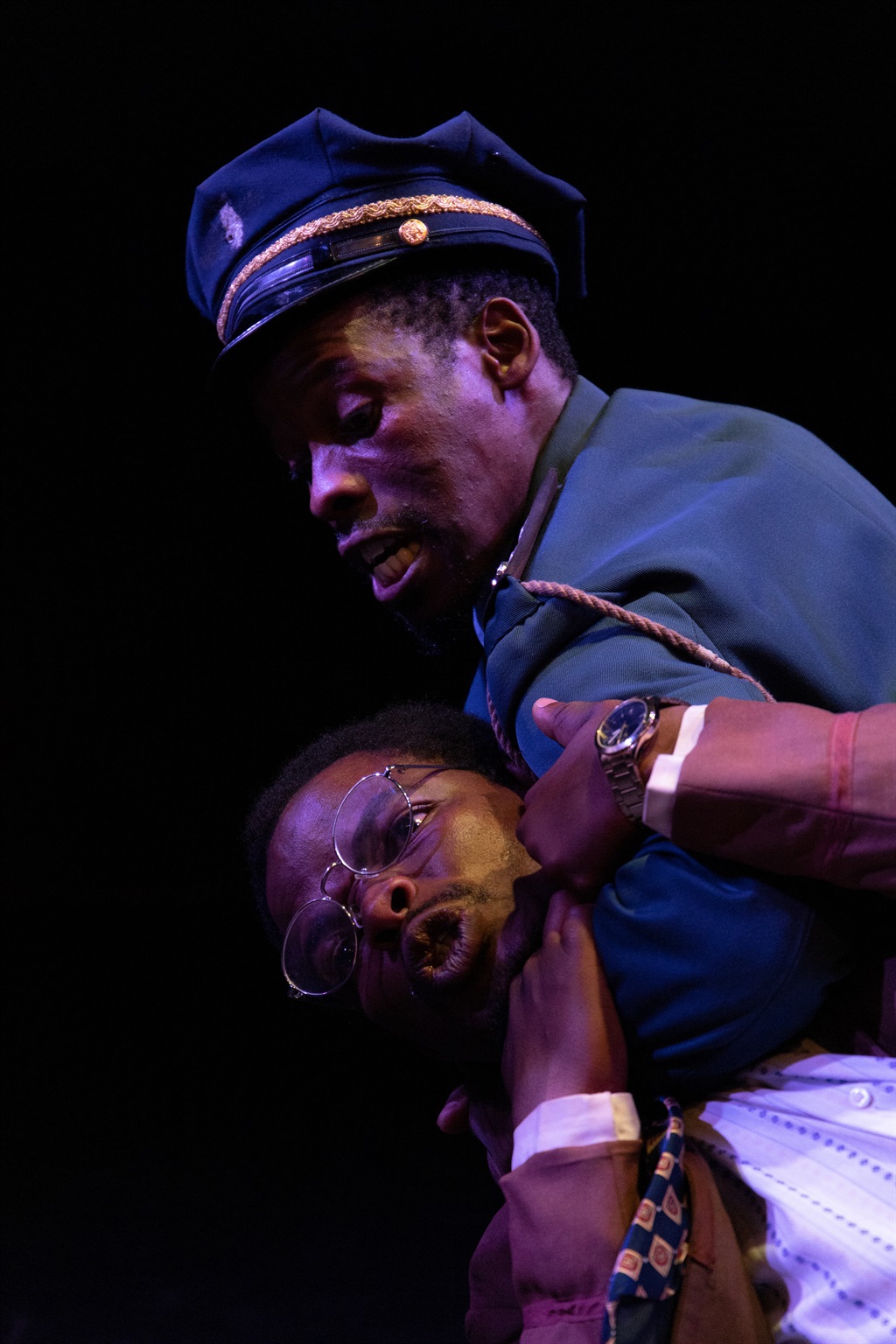 A scene in Askari.
Photo supplied

Tickets for Askari cost R130 at Webtickets, which is available at the SAST, Pick n Pay stores, and online.

We live in a world where facts and fiction get blurred
In times of uncertainty you need journalism you can trust. For 14 free days, you can have access to a world of in-depth analyses, investigative journalism, top opinions and a range of features. Journalism strengthens democracy. Invest in the future today. Thereafter you will be billed R75 per month. You can cancel anytime and if you cancel within 14 days you won't be billed.
Subscribe to News24
Next on Life
Human rights champions in Belarus, Russia, Ukraine win Nobel Peace Prize