Mark Eliyahu sat and tuned his ancient Persian violin-like "kamanci" in a yurt in northern Israel - but many of his biggest fans are in Iran, a country he cannot visit.

Eliyahu's ethereal music, partly inspired by his Jewish roots from the Dagestan region of the Caucasus, is gaining recognition in Israel.

Yet despite the bitter hostility between the Israeli government and Tehran, which cut ties in the wake of the 1979 Iranian revolution, he also has a growing following among Iranians.

"Persian, Iranian culture is a huge inspiration for me," said Eliyahu, who composed the soundtrack for the spy thriller series Tehran.

"One of my biggest dreams is to go to Iran, to study there and meet this culture for real, because I feel very connected to it."

That connection was obvious this week as he performed an open-air show under a full moon in Istanbul.

The Turkish metropolis is a unique meeting place for Israelis and Iranians, despite Israel warning its citizens this week to leave Turkey "as soon as possible" over the threat of Iranian attacks.

Security at the venue was stepped up in response, but that didn't stop Iranian bio-engineering student Farnaz, 29, enjoying the show.

"When I listen to his music, at times, I get goosebumps," she said. "That's why I love him."

She was one of some 3000 fans, including Iranian and Turkish women dressed in everything from summer dresses to conservative headscarves, smiling and swaying to the music.

Eliyahu, 39, was born in Dagestan, now part of Russia, a region heavily influenced over the centuries by both Turkic and Persian culture. 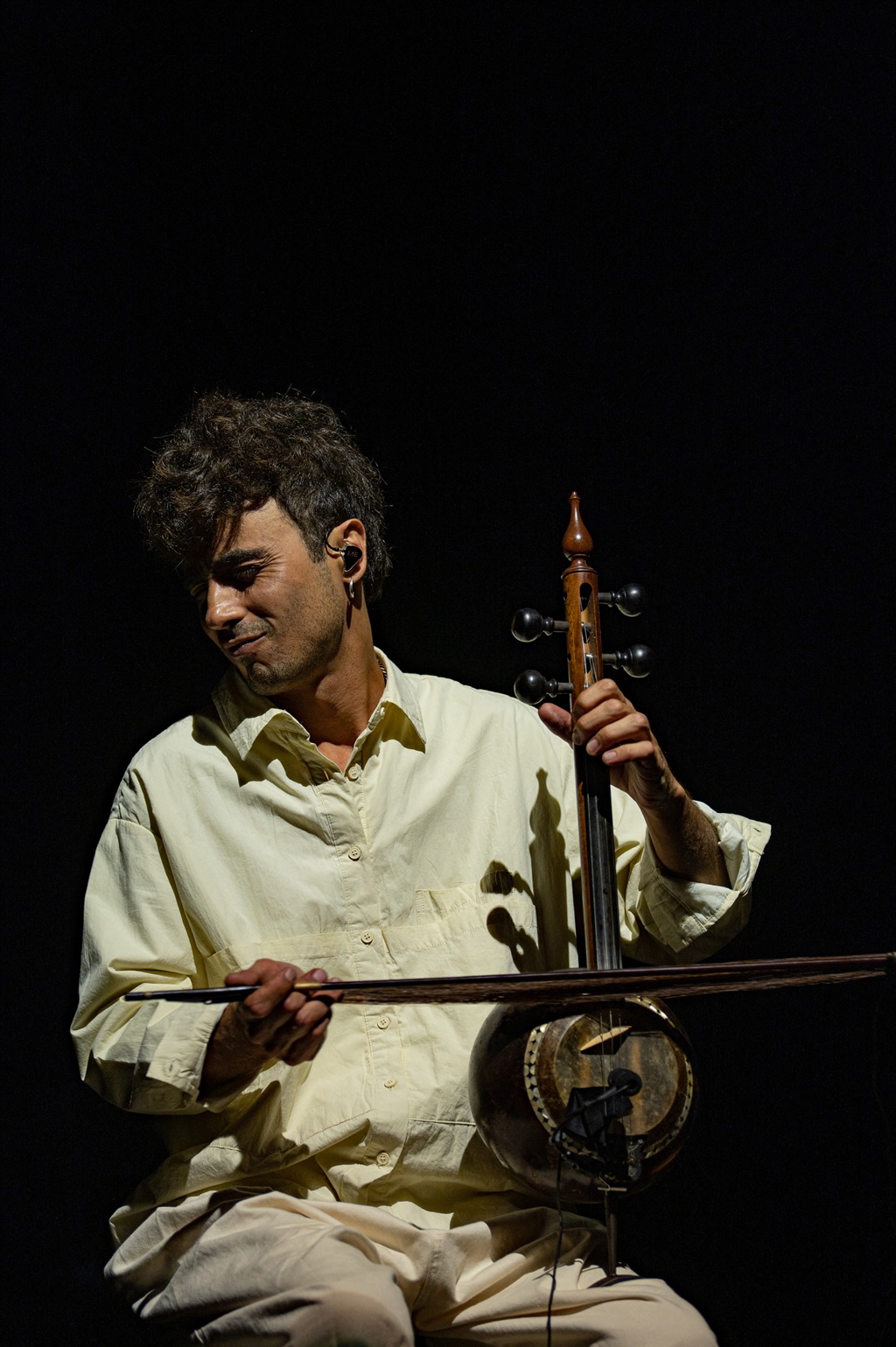 Eliyahu's ethereal music, partly inspired by his Jewish roots from the Dagestan region of the Caucasus, is gaining recognition in Israel. Yet despite the bitter hostility between the Israeli government and Tehran, which cut ties in the wake of the 1979 Iranian revolution, he also has a growing following among Iranians. (Photo: Yasin Akgul/AFP)

As a child, he moved with his Jewish parents to Israel as the Soviet Union collapsed.

With a composer as a father and concert pianist for a mother, he picked up the classical violin as a child before moving to Athens as a teenager to study Turkish and Greek music.

It was there that he heard the music of the kamanci - pronounced "kamanja" - an ancient bowed instrument with obscure origins somewhere in Asia.

Eliyahu later discovered that his great-grandfather had been a kamanci player.

He soon moved to Azerbaijan to study the instrument with master Adalat Vazirov, before heading back to Israel in his early 20s, ready to tour the world.

Today he has four albums under his belt and has performed in over 50 countries.

But it is in Turkey that he plays his biggest shows.

"In Turkey I feel at home," he said. "First of all because my origins are also Turkish in Dagestan, the place where I was born -- Turkish and Persian, it's the place where these cultures were mixing".

Eliyahu has written much of his work on the road, but when the coronavirus pandemic imposed a rare break from touring, he spent months at his yurt.

The unique studio, an hour's drive from the Lebanese border, lies under a flight path for Israeli F-16 fighter jets, which sometimes roar overhead, drowning out birds singing in the olive trees.

But asked if politics overshadow his music, Eliyahu says he doesn't read the news.

"I don't know politics, I'm not connected to it at all," he said. "I'm inside my world of music."

He insists that composing the music for Tehran, a critically acclaimed drama about an Israeli spy who seeks to sabotage the Iranian nuclear programme, was "not a political act".

Instead, he has a mission: "to spread love to the world and... to heal and connect."

It is a message that seems to resonate with his fans on Instagram.

"Wish to see you one day in Iran," wrote one.

Eliyahu is not the first Israeli artist to become popular in Iran. Singer Liraz Charhi, whose parents are Sephardic Jews from the country, even made an album including parts secretly recorded in the Islamic republic.

But the enmity between Israel and Iran remains one of the major drivers of politics across the region, and there seems little chance that any Israeli musician will play in Tehran soon.

Eliyahu says it is a "huge honour" to play "for my audience from Iran" that he meets at his concerts in Turkey.