Aunty Merle is back!

Following the success of the hit musical comedy Aunty Merle It's a Girl, Marc Lottering returns to the stage with a brand-new offering, Aunty Merle Things Get Real.

"It's been two long years, and Merle Abrahams from Belgravia Road has since survived Covid-19 and lockdown restrictions and is just about finding her way through the darkness of load shedding. This time around, however, things are about to get very real as Dennis, her loving husband, is keeping a secret from her. One which has affected his heart and is about to turn Merle's world upside down," reads a synopsis. The cast of Aunty Merle Things Get Real.
Photo supplied

Accompanying the cast is a six-piece band led by musical director Trevino Isaacs with choreography by the co-founder of Figure of 8 Dance Collective, Grant van Ster.

Lottering, writer and lead actor, tells News24 what it's like bringing Aunty Merle back.

Where did you draw inspiration for Aunty Merle Things Get Real?

When it comes to my stand-up, I usually write and talk about whatever is happening in my life. As far as the musical comedy Aunty Merle Things Get Real goes, when creating the story, I could not ignore the fact that the world finds itself in a delicate space post-Covid, to say the least. In addition to that, South Africa comes with her own burning issues. Aunty Merle herself is part of the world. I had much to draw on. The challenge has been to acknowledge the realities but to keep audiences laughing. In this show, we go to so many places. I am so curious to see how the audience responds.

This is the third instalment of Aunty Merle. What's your process for keeping it fresh, relatable and funny?

I always need to have a new story to tell. That's one of the main reasons people will go to the box office and purchase a ticket. My process is essentially to find that new story - the funny will come naturally. 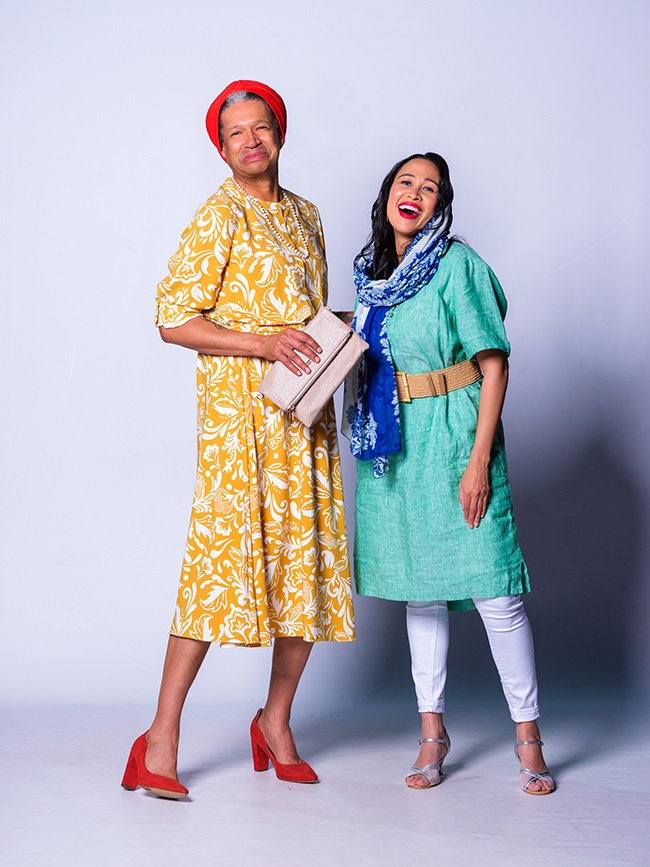 What does your preparation process look like when getting into character?

I wish I had something astounding to say about this "process". Truth is, once I slip on the dress and slide into the heels, the character is there in under 5 minutes.

What are your favourite parts of playing Aunty Merle?

She's outrageous with a good heart. Also, she has the most ridiculously delicious gestures and dance moves which I would never be able to get away with "in normal life".

What can fans expect from the show?

A brand new story. Beautiful original music. A dynamic cast. Much laughter. Tender sadness. And then some more laughter.

Tickets range from R180 to R260 and are available through Webtickets or at Pick n Pay stores.
We live in a world where facts and fiction get blurred
In times of uncertainty you need journalism you can trust. For 14 free days, you can have access to a world of in-depth analyses, investigative journalism, top opinions and a range of features. Journalism strengthens democracy. Invest in the future today. Thereafter you will be billed R75 per month. You can cancel anytime and if you cancel within 14 days you won't be billed.
Subscribe to News24
Next on Life
GALLERY | A stunning sneak peek inside the rehearsal room of Calling Us Home