Sophie Ndaba opens up about living with diabetes 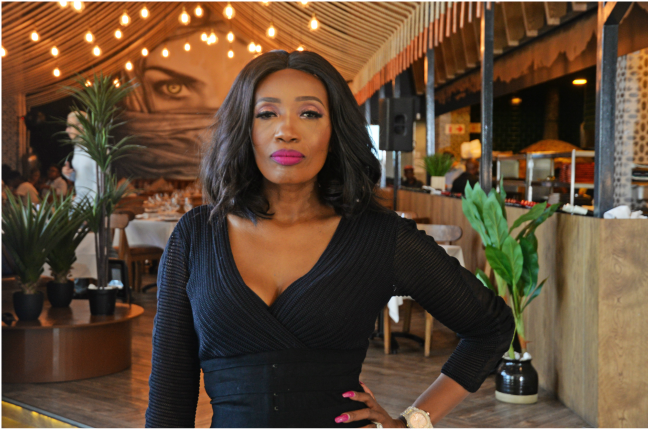 Businesswoman and media personality Sophie Ndaba reflected on living with diabetes for almost a decade as World Diabetes Day was observed on Monday.

World Diabetes Day was established in 1991 by the International Diabetes Federation with support from the World Health Organisation in response to growing concerns about the health and economic threat the chronic disease caused. It became an official United Nations Day in 2006.

"Living with this deadly disease, diabetes, for almost a decade has taught me not to take life for granted," Ndaba wrote in the caption of a photo of herself on social media.

The former Generations actor said being attacked, teased, laughed at and "even [being] declared dead most times" was nothing compared to living with the disease.

"Let me tell you, living with diabetes is not something you wish on your enemy. It's uncomfortable, painful, confusing, and deadly and 24/7 monitoring [is] required. Trust me, prevention is better than cure!"

She advised people to avoid stress, prevent depression and take up healthy eating and drinking habits and exercise.

In 2018, DRUM referred to Ndaba's since-deleted social media post in response to rumours and bullying around her weight. According to the publication, the Sophla events company founder said she would fight to live, encourage those already living with the disease and help others prevent it.

She said the remarks people made saddened her not only because she lost both her parents to diabetes but because it was real, adding that people committed suicide because of the pressure imposed by "negative heartless people".

We live in a world where facts and fiction get blurred
In times of uncertainty you need journalism you can trust. For 14 free days, you can have access to a world of in-depth analyses, investigative journalism, top opinions and a range of features. Journalism strengthens democracy. Invest in the future today. Thereafter you will be billed R75 per month. You can cancel anytime and if you cancel within 14 days you won't be billed.
Subscribe to News24
Next on Life
DJ Fresh addresses Metro FM exit: 'I was fired because I refused to apologise'