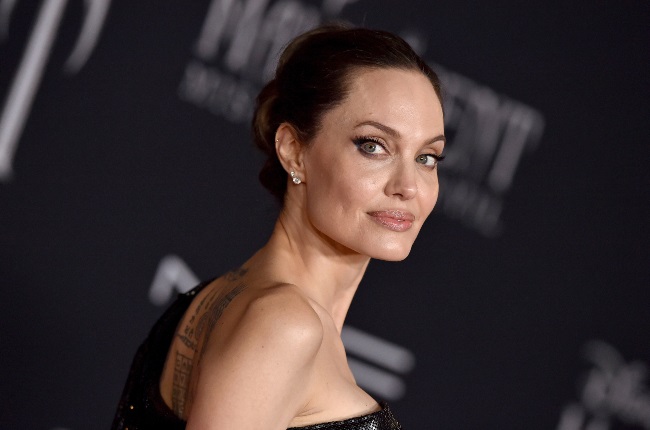 Angelina Jolie believes the trauma she's experienced in her own life has helped her to prepare for her new movie, Those Who Wish Me Dead. (CREDIT: Gallo Images / Getty Images)

Angelina Jolie recently joined Instagram in the hope of sharing a young Afghan girl's story amid the Taliban's rule. Now, in a new interview with The Guardian, she speaks candidly of the situation, as well as her new book, Know Your Rights, with child rights lawyer Geraldine Van Bueren QC and Amnesty International.

The latter was inspired by her own experiences – the Academy-Award winner filed for divorce from husband Brad Pitt in 2016, alleging domestic abuse.

"Then I had an experience in the States with my own children and I thought... well, human rights, children's rights," she says. "I remembered the rights of the child, and I took them out and looked at them and thought: well, these are for when you're in a situation and you want to make sure there is support for the children in your life."

The actor goes on to explain the US hasn't ratified the rights of the child, which affects them having a voice in court.

She confirms she's speaking about her divorce from Brad Pitt though, and the allegations she's made against him, and when asked if she feared for the safety of her children, says: "Yes, for my family. My whole family."

Later, she adds: "I'm not the kind of person who makes decisions like the decisions I had to make lightly. It took a lot for me to be in a position where I felt I had to separate from the father of my children."

Though the couple's divorce was finalised in 2019, their bitter custody battle is ongoing. The most recent proceedings saw Brad Pitt challenge the court's decision to remove Judge John Ouderkirk from overseeing their case.

In July, Jolie argued the judge should be removed as he wouldn't be able to be impartial, having worked with Pitt's counsel and their law firms before.

Judge Ouderkirk ruled in favour of Brad Pitt in May, granting him joint custody of his children; the ruling has since been thrown out, with Angelina Jolie retaining full custody following the judge's removal.

We live in a world where facts and fiction get blurred
In times of uncertainty you need journalism you can trust. For only R75 per month, you have access to a world of in-depth analyses, investigative journalism, top opinions and a range of features. Journalism strengthens democracy. Invest in the future today.
Subscribe to News24
Next on Channel24
'Strong probability' that the remains found are that of Brian Laundrie, says family attorney