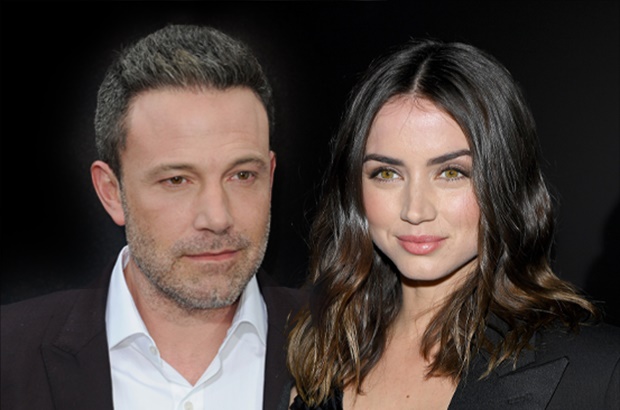 Ben Affleck and Ana de Armas have called it quits.

In March 2020 the two first made headlines having taken a trip together to Cuba. The Knives Out star also spent much time getting closer to Ben's kids, whom he shares with Jennifer Garner. Ana and Violet, Seraphina and Samuel even played a prank on dear old dad, which involved a life-size cut out of the 32-year-old actress.

"Ben is no longer dating Ana," a source confirmed to People. "She broke it off. Their relationship was complicated. Ana doesn't want to be Los Angeles based and Ben obviously has to since his kids live in Los Angeles."

"Both of them have completely full lives in a good way," a third source told E! News. "There will always be that love."

That being said, shortly after news of their split, Ana was seen rocking a new, shorter hairdo, while, in a rather dramatic turn of events, People reported "Ben Affleck isn't one for keepsakes", having spotted one life-size cutout of Ana de Armas tossed in the trash outside the Justice League actor's home.

We live in a world where facts and fiction get blurred
In times of uncertainty you need journalism you can trust. For only R75 per month, you have access to a world of in-depth analyses, investigative journalism, top opinions and a range of features. Journalism strengthens democracy. Invest in the future today.
Subscribe to News24
Related Links
Jennifer Lopez responds to those botox and cosmetic surgery rumours
WATCH | Gabrielle Union's sweet birthday tribute for Dwyane Wade will make you swoon
Next on Channel24
Ava and her boyfriend look just like mom and dad Reese Witherspoon and Ryan Phillippe in new photo