Brie and Nikki Bella both give birth to baby boys – and just one day apart! The Bella Twins both gave birth to baby boys over the weekend – and just one day apart too!

"Our baby boy is here and we couldn't be HAPPIER and more in LOVE! Everyone is safe and healthy," she wrote on Instagram.

It's no surprise the Total Bellas stars gave birth just one day apart. In an interview with Channel24, they reflected on how "identical" – excuse the pun – their pregnancies have been.

"I have to say, it's creepy!" Nikki said. "Being my first pregnancy and Brie's second, we are having the same symptoms, the same cravings. We both crave so much baked goods! It's funny because Brie's like 'I craved so much salt with Birdie and this is so opposite.' Now we're both dreaming of freshly baked doughnuts or cinnamon rolls."

Nikki added: "It's been pretty crazy how identical it is!"

Amid the pandemic, both Brie and Nikki said they were slowing down to focus on the people they hold near and dear.

But Brie added: "We dream about going to Cape Town in times like this.

"When you're in lockdown, you're dreaming about places that you'd like to go to and get in your swimsuit and just have a good time. I do wish I was in South Africa right now..."

READ OUR FULL INTERVIEW WITH BRIE AND NIKKI HERE.

Related Links
Brie and Nikki Bella bear it all in stunning nude photoshoot
Brie and Nikki Bella: 'We dream about going to Cape Town in times like this'
Share
Next on Channel24
Willow Smith speaks out about Jada-Pinkett Smith and August Alsina's 'entanglement' 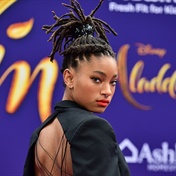