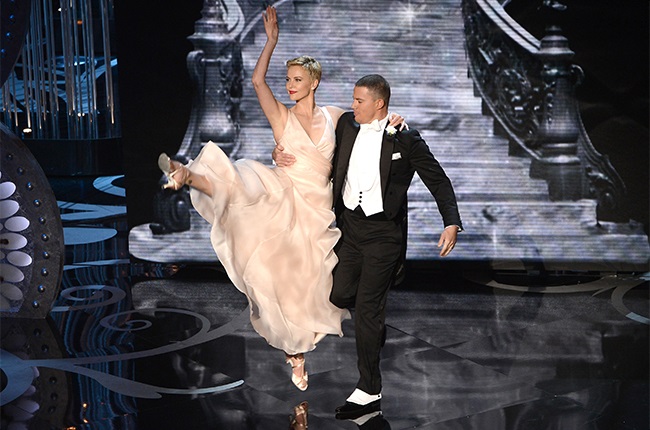 In honour of International Dance Day on Thursday, Charlize Theron reminisced about one "amazing experience" – and it involved Channing Tatum!

"Throwing it back to that time I got to relive my dancing days at the Oscars," the Academy Award-winning actor said. "When @macfarlaneseth [Seth MacFarlane] asked me to do this he made it sound like I'd just have to hop onstage and do a quick spin, and then he tells me to show up to rehearsals and it's a whole damn choreographed number!"

The Old Guard star continued: "So thanks for tricking me into what turned out to be an amazing experience. And shoutout to @channingtatum for being the best dance partner EVER."

The special moment took place during the opening at the 85th Academy Awards in February 2013, hosted, of course, by Seth MacFarlane. And I think it's safe to say the two actors did more than just a "quick spin" on stage at the Dolby Theatre in Hollywood.