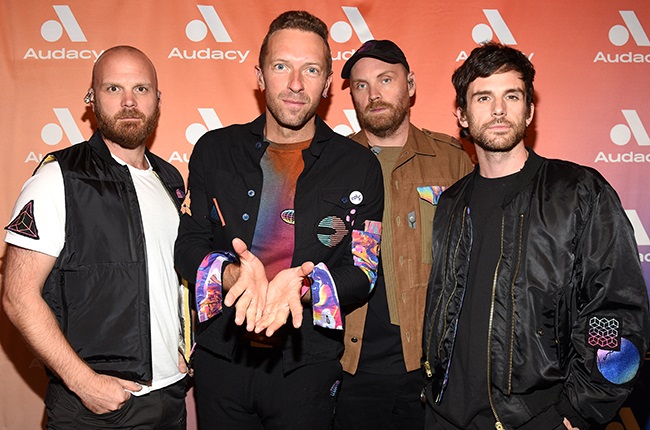 Coldplay's efforts to be sustainable are a "work in progress".

The British band faced backlash after announcing that they'd be partnering with Neste – a Finnish oil company tied to deforestation – to power their Music of the Spheres World Tour to decrease their overall Co2 emissions.

"Neste is cynically using Coldplay to greenwash its reputation. This is a company linked to the kind of deforestation that would appal Chris Martin and his fans. It's not too late. They should drop their partnership with Neste now and focus on truly clean solutions instead.

"Coldplay's commitment to reduce its emissions is no doubt well-intentioned. But teaming up with a company linked to deforestation makes them useful idiots for greenwashing," Ambel said in a statement per The Guardian.

In response to the backlash, the band, fronted by Chris Martin, acknowledged that they are still trying their best to do what they set out to, but they have not got it right yet.

"When we announced this tour, we said that we would try our best to make it as sustainable and low carbon-impact as possible, but that it would be a work in progress. That remains true. We don't claim to have got it all right yet," they said on Wednesday.

The band – also consisting of Guy Berryman, Jonny Buckland, Phil Harvey and Will Champion – then elaborated on their mission, saying that they set a target of reducing their "overall CO2 emissions by 50% from the last tour in 2017."

"As part of this, we're trying to eliminate the use of fossil fuels in our show production and land freight," the statement read further.

They aimed to achieve this feat by "using a mix of sustainable biofuels and renewable energy," using the alternatives available in the cities they're performing in.

Per People, a section of the statement, which has since been removed, said: "Before we appointed Neste as a supplier of these biofuel products, we received their guarantee that they do not use any virgin materials in their production – most especially not palm oil. It's still our understanding that they use renewable waste products only, like cooking oil and by-products from wood pulp manufacture."

We're proud to partner with @NesteGlobal to make our Music Of The Spheres World Tour as sustainable as possible. Their ultra low-emission renewable fuels will play a major part in our efforts to minimise the tour’s climate impact ?? Learn more ?? https://t.co/pSTuieo2MA pic.twitter.com/I2qPJVuyBq

Meanwhile, a spokesperson for Neste told the publication the firm does "not accept any sustainability violations in our own operations."

Per E! News, Coldplay also came under fire for their collaboration with BMW, which is an influential lobbyist in preventing the EU from reaching zero emissions by 2035.

Per the band's statement, "BMW were the ones that offered to help" when they were sourcing "electric car manufacturers to supply the batteries and expertise" to custom build a "tourable battery system to allow us to use renewable energy" wherever they are in the world.

"We have no connection to or influence on their corporate policies. We just need their batteries so that we can power our shows with renewable energy."

The band concluded their statement, saying, "We are doing our best and always genuinely welcome suggestions as to how to do it better."