Sheriff confirms Carole Baskin's missing husband's will was a forgery 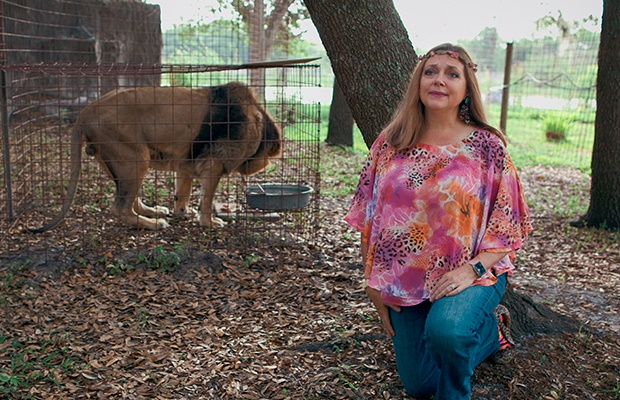 After the success of Netflix's Tiger King: Murder, Mayhem and Madness, which follows eccentric zoo owner, Joe Exotic, and his many missteps that eventually led to his imprisonment after putting a hit on Carole Baskin, people have been looking into many of the other characters and their suspect activity. For Carole, it's the mysterious disappearance of her first husband, Don Lewis, which Joe not-so-subtly suggested was Carole's own doing. Joe also thought of himself as a popstar and dedicated an entire track to Don's disappearing, saying Carole killed him and fed him to her tigers.

Now, to make things even more complicated, a county sheriff in Florida says Don's will is "100 per cent a forgery" confirmed by two different experts.

He told Tampa Bay CBS station WTSP on Tuesday: "We knew that before, because the girl who came forward and said 'Hey, I was forced to witness and say that I witnessed this signature.' The problem was the statute of limitations had already expired. The will had already been executed at that point."

"There's no recourse," he added. "A judge deemed it valid, so the civil side of it would be execution of the will, the disbursements of the funds is one thing. But then you have the criminal side of it, it's unable to be prosecuted because of the statute of limitations.

"Investigators have some great leads, they're working through them. I hope something pans out... Fingers crossed, I hope we can finally solve this case," he said.

While Joe is still in prison serving his 22-year sentence, just this week news broke that Carole and her organisation, Big Cat Rescue, were granted control of Joe's G.W. Exotic Animal Memorial Park in Wynnewood, Oklahoma. It was being run by Jeff Lowe – another controversial character in the Tiger King universe, but he now has under 120 days to vacate the property.

So what of the tigers in all this? Jeff Lowe says: "Don't worry about our animals."

"As you saw on the Netflix documentary, I have been building the greatest Tiger Park the world has ever seen," he said, according to People. "Thanks to our loyal fans and customers, and the amazing people who work at the zoo, the new Tiger King Park is opening in Thackerville, Oklahoma this September, directly adjacent to the World's Largest Casino, WinStar World Casino and Resort. We look forward to seeing you at our new location in September."

We live in a world where facts and fiction get blurred
In times of uncertainty you need journalism you can trust. For 14 free days, you can have access to a world of in-depth analyses, investigative journalism, top opinions and a range of features. Journalism strengthens democracy. Invest in the future today. Thereafter you will be billed R75 per month. You can cancel anytime and if you cancel within 14 days you won't be billed.
Subscribe to News24
Related Links
Carole Baskin granted control of Joe Exotic's zoo, Jeff Lowe must vacate in 120 days
LISTEN: Tiger King's Rick Kirkham tells us about life with Joe Exotic: 'Joe was much more evil...
Tiger King's Joe Exotic appeals case and seeks R1.7 billion in false arrest lawsuit
Next on Life
Former UK cabinet member calls Trevor Noah out for 'simply wrong' comments on UK PM Rishi Sunak