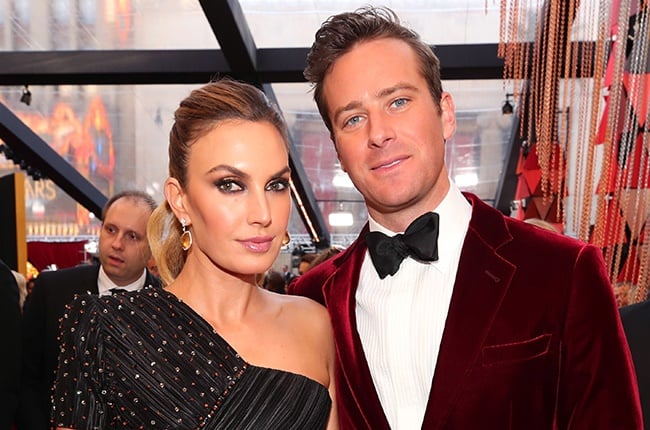 The actor, who she was with for 13 years before the two announced their split in 2020, has exited two upcoming projects after several women came forward following viral social media posts of him allegedly sending messages of a disturbing nature.

Now, Elizabeth has released a statement, and though she didn't mention her ex's name, she said: "I support any victim of assault or abuse and urge anyone who has experienced this pain to seek the help she or he needs to heal."

She wrote on Instagram: "For weeks, I've been trying to process everything that has transpired. I am shocked, heartbroken, and devastated. Heartbreak aside, I am listening, and will continue to listen and educate myself on these delicate matters. I didn't realise how much I didn't know."

The TV host said her sole focus for the time being is on that of her two children which she shares with the Call Me By Your Name actor.

"Thank you for all of the love and support, and thank you in advance for your continued kindness, respect, and consideration for our children and me as we find ways to move forward," she said.

We live in a world where facts and fiction get blurred
In times of uncertainty you need journalism you can trust. For only R75 per month, you have access to a world of in-depth analyses, investigative journalism, top opinions and a range of features. Journalism strengthens democracy. Invest in the future today.
Subscribe to News24
Related Links
Armie Hammer's ex Paige Lorenze details BDSM, polyamorous relationship
Armie Hammer apologises after leaked video in which he calls scantily clad woman 'Ms Cayman'
Armie Hammer speaks out after Twitter user's disturbing claims go viral
Next on Channel24
Chris Brown's party shut down by police