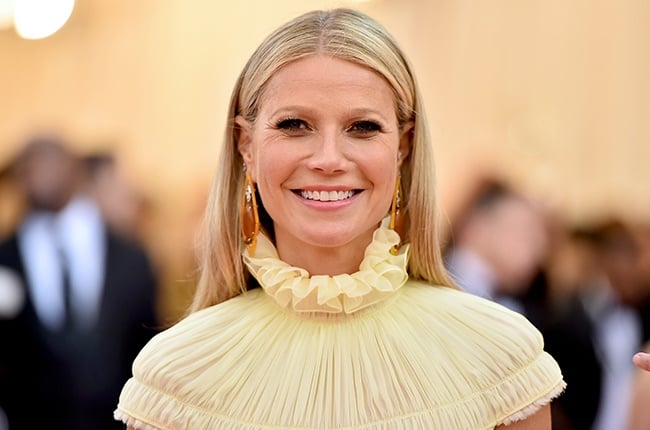 In the past, Gwyneth Paltrow has spoken about taking on less work acting saying she's "semi-retired a bit" on the 2020 Golden Globes red carpet, reports E! News.

Of course, she's focussing her attention on a little company called Goop right now, but in a new interview on SiriusXM's Quarantined with Bruce has opened up about how "part of the shine of acting wore off" for her as a result of "intense public scrutiny" when she was just starting out.

Following her Oscar win for Shakespeare in Love in 1999, she says she thought to herself: "Well, now who am I supposed to be? Like, what am I, what am I driving towards?"

She added, of working in the industry at such a young age: "Being a kid who's like living every break up on every headline, like being criticised for everything you do, say and wear... And also, it's so transitory, you're always all over. It's hard to plant roots. Like I'm such a homebody, you know me, I like to be with my old friends and cook and squeeze my kids. Like I don't want to be alone in a hotel room in Budapest for six weeks. Like, it's just not who I am."

She said she started questioning whether she should give up acting altogether – and opened up about Harvey Weinstein – her boss as the president of Miramax for several years, reports People, who she also accused of sexual harassment.

"If you compound those things with the fact that like, you know, to be totally candid, I had a really rough boss for most of my movie career at Miramax. Like, so you take all those things [and] you're like, 'I don't know if this is really my calling.'"

We live in a world where facts and fiction get blurred
In times of uncertainty you need journalism you can trust. For 14 free days, you can have access to a world of in-depth analyses, investigative journalism, top opinions and a range of features. Journalism strengthens democracy. Invest in the future today. Thereafter you will be billed R75 per month. You can cancel anytime and if you cancel within 14 days you won't be billed.
Subscribe to News24
Related Links
Natalie Portman says 'being sexualised as a child' made her feel unsafe in the industry
Charlize Theron's daughter gives her a Kylie Jenner inspired makeover
Next on Life
Hailey Bieber on rumours she 'stole' Justin Bieber from Selena Gomez