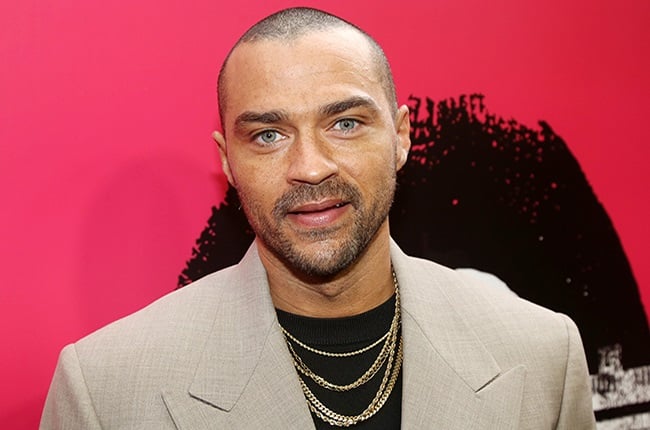 Jesse Williams is a trending topic on social media for a very naked reason.

Photos and video footage of the actor from his Broadway play, Take Me Out, went viral on Monday – due to him being completely nude in one scene.

Williams, who was also nominated for a Tony Award on Monday, stars as a gay baseball player in the Richard Greenberg play. Much of the production is set in a locker room, and the actors go full-frontal during a shower scene.

Following the leak, the Grey's Anatomy alum shared his thoughts on doing full-frontal nudity during the after show of an episode of Watch What Happens Live.

When host Andy Cohen asked if it helps that an actor can "feel good" about their penis when going nude on stage, Jesse joked, "I would imagine so, but I don't, so I don't know."

Joking aside, the Actors' Equity Association denounced the audience member who filmed and published the nude scene.

"We condemn in the strongest possible terms the creation and distribution of photographs and videos of our members during a nude scene," said Kate Shindle, president of Actors' Equity Association, per People.

"As actors, we regularly agree to be vulnerable on stage in order to tell difficult and challenging stories. This does not mean that we agree to have those vulnerable moments widely shared by anyone who feels like sneaking a recording device into the theatre."

The statement further noted that the person who filmed Williams and other actors on stage did so "without their consent" and condemned the audience member for "explicitly violating the theatre's prohibition on recording and distribution."

"At every performance, there is a mutual understanding between the audience and the performers that we are sharing an experience limited to this time and place; that trust makes it possible for us to be exposed both emotionally and physically," the statement continued, labelling the act as "both sexual harassment and an appalling breach of consent."

Second Stage Theatre, which produces the show, also released a statement via Instagram.

"Second Stage Theatre has worked to ensure the privacy of the Take Me Out company by creating a phone-free space with locked phone cases at all performances," the statement reads.

"It is deeply unfortunate that one audience member chose to disrespect the production, their fellow audience members, and, most importantly, the cast in this manner. Taking naked pictures of anyone without their consent is highly objectionable and can have severe legal consequences.'

Williams' co-star, Jesse Tyler Ferguson – who also received a Tony nomination for his performance in the play – reshared the theatre's statement adding his disappointment.

"I'm appalled by the disrespect shown to the actors of our company whose vulnerability on stage every night is crucial to Take Me Out. Anyone who applauds or trivialises this behaviour has no place in the theatre, which has always been a safe space for artists & audience members," he wrote.

In a second tweet, the Modern Family alum added that "if nudity is what you are coming for...you are in for a long boring night."

"It's within a challenging 2 and a half hour play with big ideas, beautiful language & remarkable acting from a company of 11 actors that you will have to sit thru as well," he concluded.

And truly, if nudity is what you are coming for...you are in for a long boring night. It's within a challenging 2 and a half hour play with big ideas, beautiful language & remarkable acting from a company of 11 actors that you will have to sit thru as well. You'll be bored. Trust