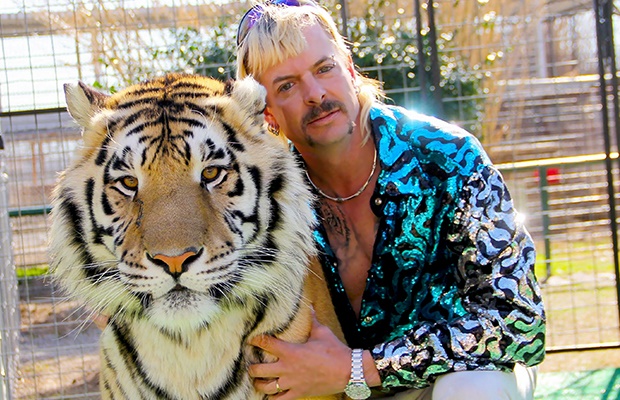 If you watched Netflix's hit docu-series, Tiger King: Murder, Mayhem and Madness, you would've noticed that Joe Exotic was born Joseph Allen Schreibvogel, but that soon changed after he entered into a polygamous relationship – he was married to John Finlay when he married Travis Maldonado – and later met Dillon Passage, his fourth husband, on Grindr.

A quick recap: By the end of the series, big cat enthusiast and zoo owner, Joe Maldonado-Passage, was convicted and thrown in prison – the irony of being put in a cage was not lost on us – after hiring a hitman to take out his longtime rival, animal rights activist, Carole Baskin.

He is still serving his 22-year sentence.

Now, after the success of the show – which is being turned into a mini-series – Dillon Passage is speaking up and sharing new details about his relationship with Joe and the current measures being taken after the 57-year-old was put in isolation in prison amid the coronavirus pandemic.

According to People, Dillon told Andy Cohen on the SiriusXM Radio Andy on Wednesday, Joe is "on a Covid-19 isolation".

"We speak like three to five times every day, but since he's been moved to this new facility, they are putting him on a Covid-19 isolation because of the previous jail he was at, there were cases. I've yet to speak to him since he moved."

Dillon said he's not giving up on Joe, despite the two decades he still has to serve. "I do love Joe," he said. "He's been with me through my darkest times, and I'm not going to just dip out and abandon him when he needs me most." 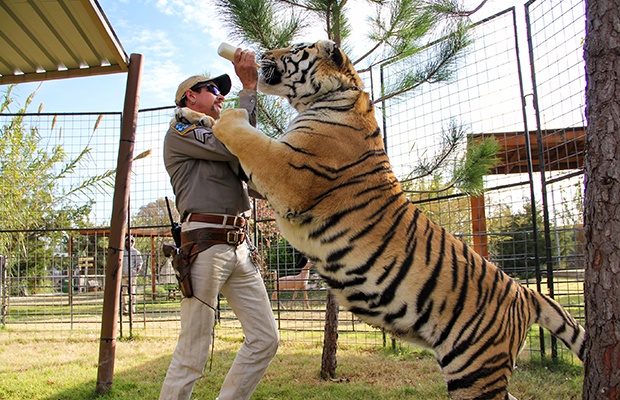 He shut down rumours about S&M or sadomasochism, even though Joe had done that before in previous relationships. On whether or not Joe was dominant in bed, he said: "Joe was Joe. He was a powerverse."

The 24-year-old revealed he and Joe tied the knot just two weeks after dating, and that, at 22 years old, he was in a bad place at the time.

"I mean, I was in a really bad place when I met Joe," Dillon said. "I was just going through a lot of things, I was an addict. Being around the animals gave me a purpose. It felt like I was actually doing something with my life. It brought me out of my depression. It was like my own little rehab.

"Joe never once encouraged me to do any drugs. I mean, I smoked a lot of weed. But that's literally it," he added.

And on Joe's conviction, Dillon commented: "Joe, you know, he's a really good guy. He may have made some sketchy decisions, but I know he regrets them. His intentions are really good at heart."

LISTEN TO THE FULL INTERVIEW HERE:

We live in a world where facts and fiction get blurred
In times of uncertainty you need journalism you can trust. For only R75 per month, you have access to a world of in-depth analyses, investigative journalism, top opinions and a range of features. Journalism strengthens democracy. Invest in the future today.
Subscribe to News24
Related Links
In the midst of worldwide lockdowns, Tiger King may be what keeps us sociable
A Tiger King mini-series? Here's what we know so far
Tiger King's popularity see police search for new leads in disappearance of Carole Baskin's husband
Next on Channel24
PHOTO | Marc Jacobs shares bandaged selfie after getting facelift