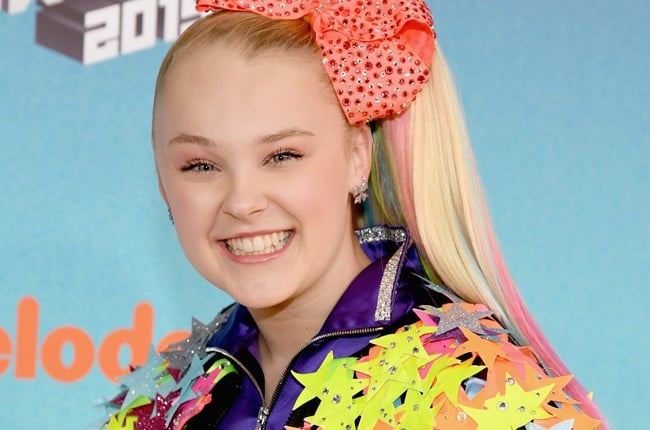 Former Dance Moms star JoJo Siwa could not stop smiling in an Instagram Live video, announcing that she is a part of the LGBTQ+ community.

The singer thanked fans for their overwhelming support after first sharing a TikTok of herself singing along to Lady Gaga's Born This Way.

A day later on Twitter, the star posted a photo of herself wearing a t-shirt that reads: "Best. Gay. Cousin. Ever", saying she got it from her cousin.

My cousin got me a new shirt pic.twitter.com/DuHhgRto7b

"Okay, so yesterday I posted me in the shirt, and the day before that I posted the TikToks, right. So it's been 48 hours of the world knowing," she said in the clip shared on Saturday, adding: "It's been the best 48 hours."

When a follower asked what her "label" is, JoJo said: "I have thought about this, and the reason why I'm not ready to say this answer is because I don't really know this answer."

The 17-year-old added that, while she wants to share "everything with the world", there are some things she would like to keep private "until they're ready to be public".

"Right now, what matters is that you guys know that no matter who you love, that it's okay, and that it's awesome, and that the world is there for you."

Speaking about her family, JoJo said that her parents have been extremely supportive throughout her journey. "My dad said, 'Hey man, love is universal'," she revealed, adding that her mother said she had known for about two years.

We live in a world where facts and fiction get blurred
In times of uncertainty you need journalism you can trust. For only R75 per month, you have access to a world of in-depth analyses, investigative journalism, top opinions and a range of features. Journalism strengthens democracy. Invest in the future today.
Subscribe to News24
Related Links
Orlando Bloom's sweet reaction to Katy Perry's inauguration day performance
Gigi Hadid and Zayn Malik reveal baby's name
Next on Channel24
Dolly Parton gets Covid-19 vaccine she helped fund