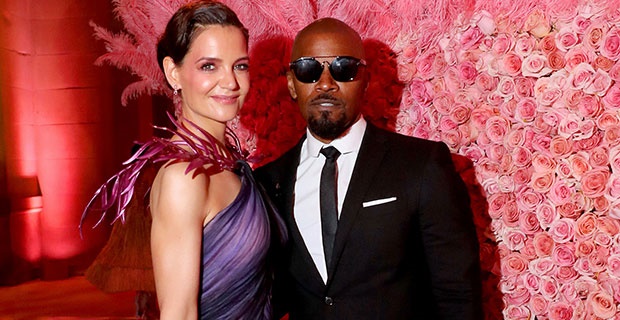 The couple first sparked dating rumours in 2013 after tearing up the dancefloor at the Apollo in the Hamptons event. And although they tried to keep their relationship private, never confirming their relationship status, they made their first public appearance together at the Met Gala in May.

Just months before, an insider told PEOPLE in January the couple have known each other for years and while they are dedicated to their careers, "Katie and Jamie see each other as frequently as they can."

E! News confirmed that the couple, however, split in May this year, shortly after that first public appearance, while Page Six reported Katie saying, "What Jamie does is his business – we haven't been together for months."

Katie may have been referring to the fact that Jamie was spotted holding hands with singer, Sela Vave in Los Angeles on Friday, before word of the couple's split.