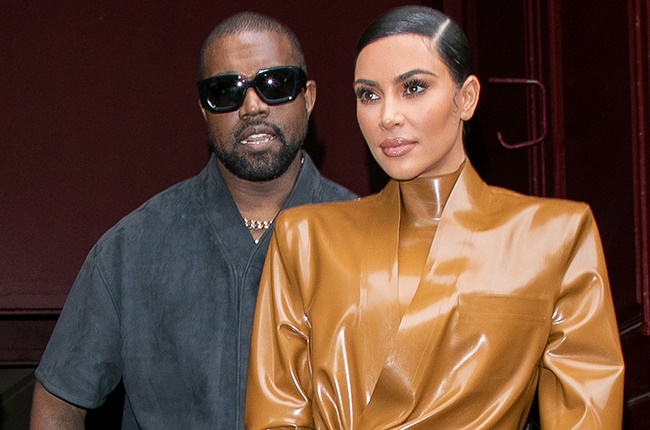 "Divorce is imminent" for Kim Kardashian and Kanye West.

Channel24 first reported the couple's split in January. Though Kim had yet to officially file legal documents at the time, and the two were said to be in marriage counselling, a source tells E! News now that they're "completely done and no longer speaking".

"She is trying to stay strong and move on with her life," a source tells the publication, adding that the only reason she hasn't filed for divorce yet is because she "is still working out the logistics of announcing the divorce".

Things are, however, "completely official in her mind".

Of Kanye, a second source claims he too is "completely done with the marriage and is moving on".

"He doesn't care what Kim's priorities are with holding off on a divorce announcement," the insider says. "He will file before she's ready if he has to. He wants the divorce just as much as Kim does."

The couple, who share children North, Saint, Chicago and Psalm, are simply on different paths, however, they both still want to do what's best for their kids.

Sources close to Kim previously explained: "They are just not on the same page when it comes to their future as a family. And Kim is okay with it. She will do everything she can for the kids to have a great relationship with Kanye – she just doesn't want to be married to him."