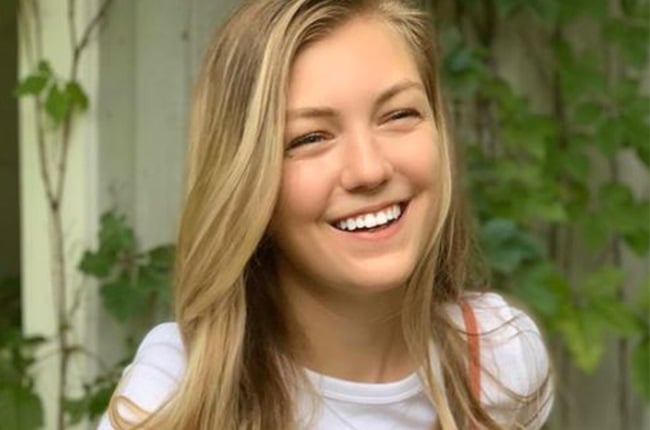 Human remains were found in a US national forest in Wyoming believed to be that of missing YouTuber Gabrielle Petito.

The 22-year-old's disappearance made headlines when her fiancé, Brian Laundrie, returned home from their cross-country trip without her in September.

Laundrie, a "person of interest" in the case, was not cooperating with the police. He has since also gone missing.

Further, People have obtained audio of the 911 call made before the couple were pulled over by police on the side of the road during their trip.

"We drove by, and the gentleman was slapping the girl," the caller tells the dispatcher during the call, contrary to police writing it off as a mental health crisis at the time.

Now, in an unsealed Florida search warrant used on a hard drive in Petito's van and obtained by E! News, an "odd text" message has been revealed.

She wrote: "Can you help Stan, I just keep getting his voicemails and missed calls," to her mom, but Nicole Schmidt says her daughter never referred to her grandfather, whom she's talking about, by that name.

Leading up to the message, her messages to her mother revealed "more and more tension between her and Laundrie", the detective reviewing the evidence, Daniel Alix, reports. And said the text seemingly appeared to be her last communication.

"Her cellphone was no longer operational, and she stopped posting anything on social media about their trip. Per her family, this was not normal behaviour for the subject, and they became more worried about her."

Schmidt received one last message from Petito's phone in August, which she doesn't believe was sent by her daughter. "No service in Yosemite," it read.