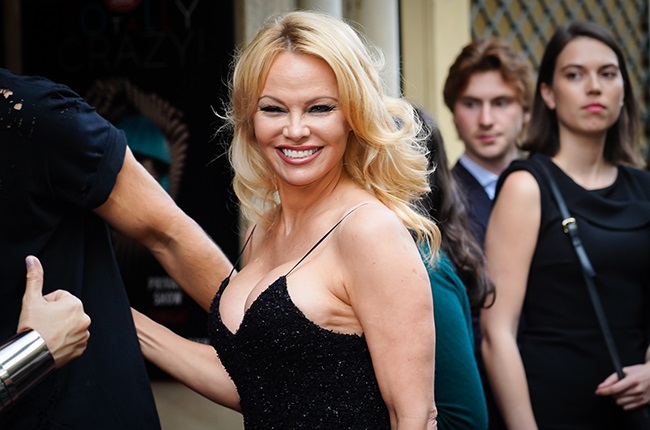 Pamela Anderson has tied the knot with her bodyguard, Dan Hayhurst.

The Playboy model, who married A Star Is Born producer Jon Peters last year before the two split less than two weeks later (though she's since claimed they were never "legally" married), told The Daily Mail: "I'm exactly where I need to be - in the arms of a man who truly loves me."

She confirmed the two married on Christmas Eve at her grandparents home in Canada that she bought from them 25 years ago. "This is where my parents were married and they are still together. I feel like I've come full circle," she said.

The Baywatch star was previously married to Tommy Lee, with whom she shares sons, Brandon Thomas and Dylan Jagger, as well as Kid Rock, producer Rick Solomon, whom she married twice, and Jon Peters - although she claims the marriage was not "legal."

The news comes as the 53-year-old announced she would be leaving social media.

"I've never been interested in social media," she wrote. "And now that I'm settled into the life I'm genuinely inspired by, reading and being in nature, I am free."

She added: "Let's hope you find the strength and inspiration to follow your purpose and try not to be seduced by wasted time. That's what THEY want and can use to make money. Control over your brain..."

We live in a world where facts and fiction get blurred
In times of uncertainty you need journalism you can trust. For 14 free days, you can have access to a world of in-depth analyses, investigative journalism, top opinions and a range of features. Journalism strengthens democracy. Invest in the future today. Thereafter you will be billed R75 per month. You can cancel anytime and if you cancel within 14 days you won't be billed.
Subscribe to News24
Next on Life
Kim Kardashian shares sweet family portrait