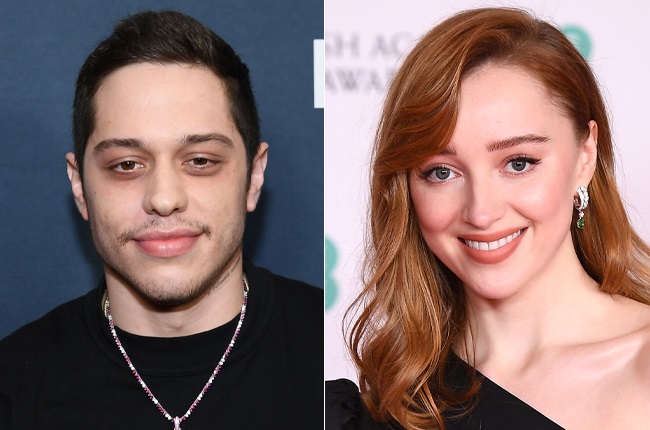 Pete Davidson has done it again – or at least he's rumoured to have landed yet another leading lady: Bridgerton's Phoebe Dynevor.

The comedian and Netflix star have both been spotted in England in recent weeks, and after Pete's confession that he's "with [his] celebrity crush" when he appeared as a speaker on a Zoom session with Marquette University students, fans have speculated they must be together. Now, the two are both sporting matching necklaces with their initials, "PD", reports E! News, further fueling romance rumours.

While neither has confirmed their relationship, the Saturday Night Live star, who's been linked to Ariana Grande, Kate Beckinsale, Margaret Qualley and Kaia Gerber in the past, previously told Paper Magazine the secret is in his love language, which means treating the person he's with "like a princess".

"I try and go as above and beyond as possible, because that's what you're supposed to do? If you're in a relationship with someone, you're just supposed to make that person feel as special as possible."