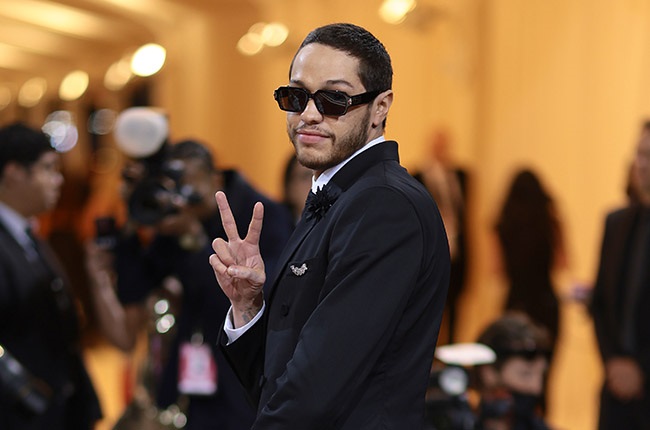 Pete Davidson.
Photo: Dimitrios Kambouris/Getty Images for The Me

It's that time of the year, again – when TIME releases a list of the 100 Most Influential People in the world for 2022.

Each of these categories features a group of multitalented, inspiring, and groundbreaking individuals changing the world.

One particular famous face named as one of the most influential artists is comedian Pete Davidson.

While his latest claim to fame is dating Kim Kardashian, Davidson – who recently left his permanent spot on Saturday Night Live – has a lot more going for him than dating one of the most famous women in the world.

According to rapper Jack Harlow, "Pete's appeal to the world has everything to do with his authenticity. He doesn't try to hide the person that he is. It's a classic recipe for success and connection."

.@jackharlow on Pete Davidson: "Pete’s appeal to the world has everything to do with his authenticity. He doesn’t try to hide the person that he is" #TIME100 https://t.co/Z53aU6QGWD pic.twitter.com/IDGfV1UZEz

Included in the list of most influential innovators is Zendaya, who, according to Dune director Denis Villeneuve, "is timeless, and she can do it all."

In his open letter about the actor, Villeneuve writes, "Zendaya is an autonomous creative force herself. A cultural icon in the making. A person driven by pure inspiration, empathy, and respect for her craft, who uses authenticity as a new superpower."

“She is an autonomous creative force. A cultural icon in the making. A person driven by pure inspiration, empathy, and respect for her craft, who uses authenticity as a new superpower” #TIME100 https://t.co/O3RdnKPuYB pic.twitter.com/9vfOphU4DO