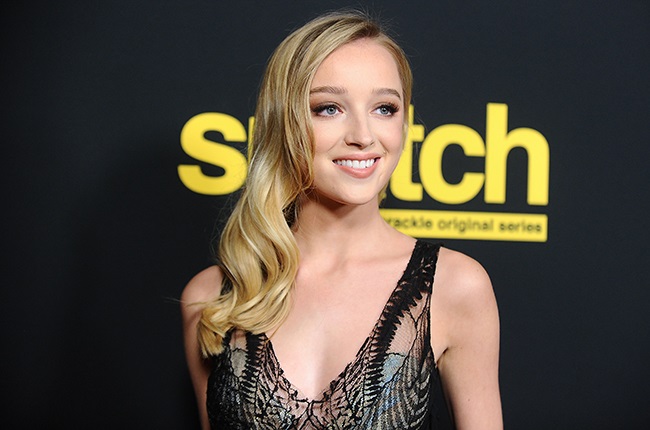 Phoebe Dynevor says she "never really felt exposed at all" during those sex scenes with co-star Regé-Jean Page.

Phoebe plays Daphne in Netflix's Bridgerton alongside Regé's Simon. The two are a couple in the series and later go on to share a few steamy scenes together.

Phoebe and Regé recently addressed dating rumours and opened up about watching those scenes with their family. Now, Phoebe says in an interview with The Guardian: "I'm happy for Mum and Dad to see it, because they know the industry, and they know how hard I worked, and how much it meant to me getting that role."

She added: "But not my grandparents. And with my younger brother… well, it's awkward."

She went on to reveal, however, just how those scenes actually went down, sharing that they were "intricately choreographed" – "like stunts".

"I would literally know exactly where a guy was going to put his hand at what moment," she said. "And we'd have props, like mats, that went in between us. It was more intricately choreographed than our dance routines in a way, so I never really felt exposed at all."

We live in a world where facts and fiction get blurred
In times of uncertainty you need journalism you can trust. For only R75 per month, you have access to a world of in-depth analyses, investigative journalism, top opinions and a range of features. Journalism strengthens democracy. Invest in the future today.
Subscribe to News24
Related Links
Noah Centineo undergoes surgery after 7 years of 'chronic tonsillitis and strep throat'
Armie Hammer apologises after leaked video in which he calls scantily clad woman 'Ms Cayman'
Next on Channel24
Nicolas Cage ties the knot for the fifth time