Pamela Anderson's sons are all grown up.

Brandon (25) and Dylan (24), who she shares with ex-husband Tom Lee came out to support the Baywatch actor at her Broadway debut.

The 54-year-old plays Roxie Hart in the musical Chicago, which opened on Tuesday, 12 April, at New York City's Ambassador Theater.

In an interview with E! News, Anderson said she was most looking forward to seeing her sons in the audience on opening night.

"They are very proud, protective and have been my biggest supporters," she said. 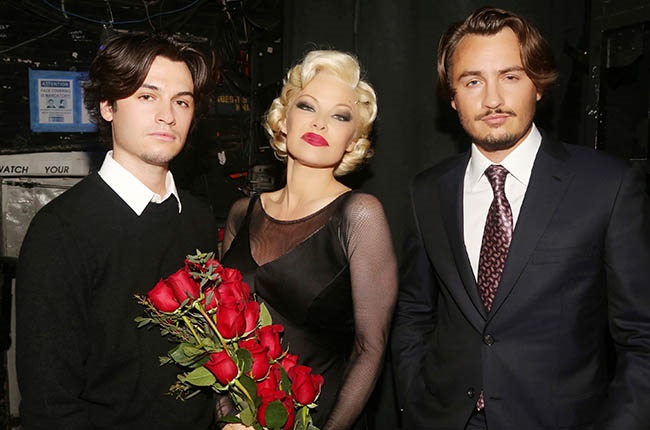 Both her sons are forging their own paths in the entertainment industry.

Brandon he has appeared on the reality show The Hills: New Beginnings and the Netflix film Sierra Burgess Is a Loser and has his own clothing line Swingers Club.

According to People, Dylan is a model and a musician; he was previously in the band Midnight Kids and has walked the runway for designer brands such as Hugo Boss, Armani Exchange, Dolce & Gabbana and Coach.

We live in a world where facts and fiction get blurred
In times of uncertainty you need journalism you can trust. For 14 free days, you can have access to a world of in-depth analyses, investigative journalism, top opinions and a range of features. Journalism strengthens democracy. Invest in the future today. Thereafter you will be billed R75 per month. You can cancel anytime and if you cancel within 14 days you won't be billed.
Subscribe to News24
Next on Life
Singer R. Kelly, already behind bars, ordered to pay victims R5.3 million