Ryan Adams has written an apology letter to those he's "mistreated".

Several women, some who said they were underage at the time, accused the singer in a New York Times expose of offering to help them with their music careers before things turned sexual and he became abusive.

This Is Us star Mandy Moore, who was married to the 45-year-old between 2009 and 2016, also said he was psychologically abusive towards her throughout their relationship, even preventing her from furthering her music career, reports Deadline.

The 36-year-old said he would tell her: "You're not a real musician, because you don't play an instrument."

"His controlling behaviour essentially did block my ability to make new connections in the industry during a very pivotal and potentially lucrative time — my entire mid-to-late 20s," she said.

The actor went on to take a long break from the music industry. She released her single When I Wasn't Watching, after a 10-year hiatus earlier this year.

In February of 2019 when the sexual misconduct and abuse allegations first made headlines, the rocker denied the claims calling it "upsettingly inaccurate". Now, a year and a half later, he's penned an emotional letter published by The Daily Mail.

"There are no words to express how bad I feel about the ways I've mistreated people throughout my life and career," he started. "All I can say is that I'm sorry. It's that simple. This period of isolation and reflection made me realise that I needed to make significant changes in my life."

The singer wrote that this isn't another "bullshit apology". "This time it is different," he said, before revealing he's working on his sobriety and mental health.

He added: "No amount of growth will ever take away the suffering I had caused. I will never be off the hook and I am fully accountable for my harmful behaviour, and will be for my actions moving forward."

The singer said he's been pouring all his emotions into his music.

"Music is how I lay my soul bare, and in working through this, I have written enough music to fill half a dozen albums," he said. "Some of these songs are angry, many are sad but most of them are about the lessons I've learned over the last few years. Those ones an expression of my deepest remorse.

Mandy Moore later responded to Ryan's apology on NBC News' Today on Monday, telling Hoda Kotb: "It’s challenging because I feel like in many ways I’ve said all I want to say about him and that situation. But I find it curious that someone would make a public apology but not do it privately."

She added: "I am speaking for myself, but I have not heard from him, and I’m not looking for an apology necessarily. But I do find it curious that someone would do an interview about it without actually making amends privately." 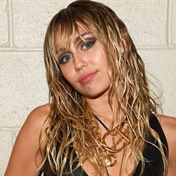