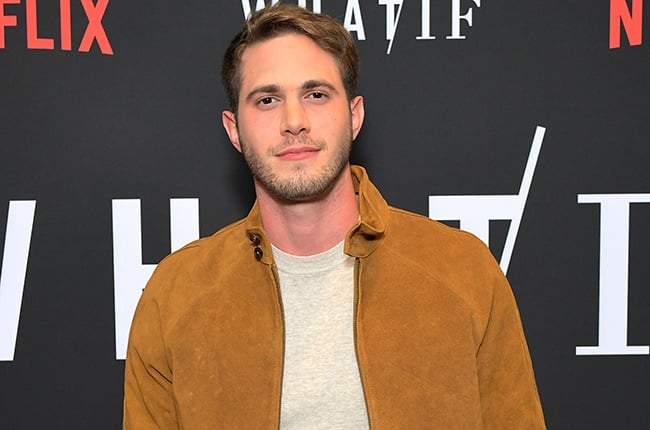 Blake Jenner
Photo: Charley Gallay/Getty Images for Netflix
Almost one year after Melissa Benoist revealed the heartbreaking moment she knew she had to leave her abuser in a heartbreaking 14-minute Instagram video, her ex-husband, Blake Jenner, is speaking out.

Melissa didn't name her abuser as she detailed the torture she'd gone through.

"The stark truth is I learned what it felt like to be pinned down and slapped repeatedly, punched so hard the wind was knocked out of me, dragged by my hair across the pavement, head-butted, pinched until my skin broke, shoved into a wall so hard the drywall broke, choked. I learned to lock myself in rooms but quickly stopped because the door was inevitably broken down," she said.

"I learned to not value any of my property – replaceable and irreplaceable. I learned not to value myself."

Melissa has since gone on to marry her Supergirl co-star, Chris Wood, and the two have just welcomed their first child together, baby boy Huxley Robert Wood.

Now, in a lengthy post on Instagram, Blake Jenner, who starred alongside Melissa on Glee and was married to her from 2015 to 2017, said he remained silent "out of shame and fear". "But I know this is something that needs to be addressed, not just publicly, but also privately with the individual directly affected and with myself," he said.

Though the actor doesn't mention his former partner by name, he apologised for the pain he caused, saying after years of therapy, he too wants to heal.

"I think what I'm trying to get at is that this relationship – in all of its toxicity and turbulence – was the product of two broken people over the span of years," he said, also revealing he too was a victim of abuse in the situation.

"I was made to pass on numerous jobs and opportunities because of jealousy of perspective female co-stars," he said. "I was discouraged from and threatened to not develop relationships with and take photos with female co-stars at professional events. Threats and derogatory comments were made regarding female colleagues I had worked or was working with. I was made to feel guilty for working as I received calls from my former partner while I was away, threatening self-harm out of depression and a deep-seated feat of abandonment.

"I was isolated – prohibited from seeing my friends for years, resulting in this toxic relationship becoming the entirety of my world. I was verbally and emotionally abused for everything from the family I was born into to the clothes I would wear in photoshoots, I was scratched. I was slapped. I was punched in the face, which caused a trip to the hospital to treat my broken nose. I, too, have had to conceal and make up lies about many visible injuries I had incurred throughout the relationship," he said.

We live in a world where facts and fiction get blurred
In times of uncertainty you need journalism you can trust. For 14 free days, you can have access to a world of in-depth analyses, investigative journalism, top opinions and a range of features. Journalism strengthens democracy. Invest in the future today. Thereafter you will be billed R75 per month. You can cancel anytime and if you cancel within 14 days you won't be billed.
Subscribe to News24
Related Links
'Supergirl' Melissa Benoist shares the heartbreaking moment she knew she had to leave her abuser
Tory Lanez charged with carrying a concealed firearm, assault after shooting Megan Thee Stallion
Next on Channel24
Hayden Panettiere reveals opioid and alcohol addiction