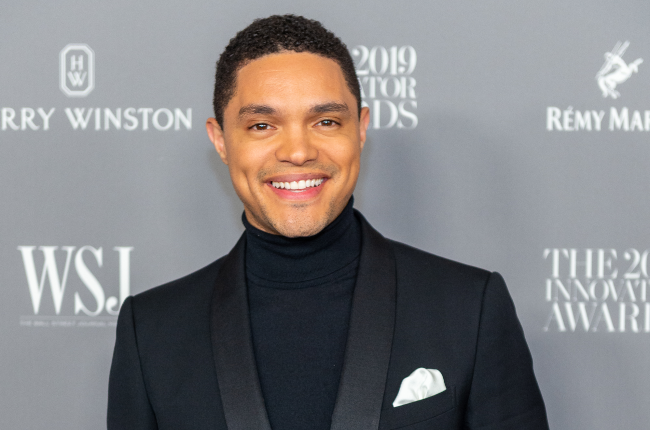 The news comes shortly after sources shared The Daily Show host was house hunting with girlfriend, Minka Kelly. At the time their relationship first made headlines, an insider said things are "getting serious" between the two, and now we know just how serious things are.

The Los Angeles Times reports that the 36-year-old purchased the 11 000-square-foot hillside home on 30 December.

According to Architectural Digest, the mansion's three stories has six bedrooms, 11 bathrooms, a movie theatre leading to a rooftop terrace, a library, office, gym and steam room.

The comedian's new home is serviced by an elevator, and the glass windows and doors allow one to take in the breathtaking views of Los Angeles.

The backyard has an infinity pool, which also overlooks the city, as well as a two-story cabana.

The home was purchased from architect Mark Rios, who designed it from scratch, keeping traditional Japanese architecture in mind.

"The library, in particular, was fashioned after a room in Kyoto, using heavy, dark timbers. And the spa resembles old ryokans I've visited in Japan," Mark told AD in 2017.

We live in a world where facts and fiction get blurred
In times of uncertainty you need journalism you can trust. For 14 free days, you can have access to a world of in-depth analyses, investigative journalism, top opinions and a range of features. Journalism strengthens democracy. Invest in the future today. Thereafter you will be billed R75 per month. You can cancel anytime and if you cancel within 14 days you won't be billed.
Subscribe to News24
Related Links
Jason Sudeikis 'heartbroken' over ex Olivia Wilde's relationship with Harry Styles
Jeffree Star addresses Kanye West dating rumours amid rapper's split from Kim Kardashian
Next on Channel24
Khloé Kardashian's romance with private equity investor has ended