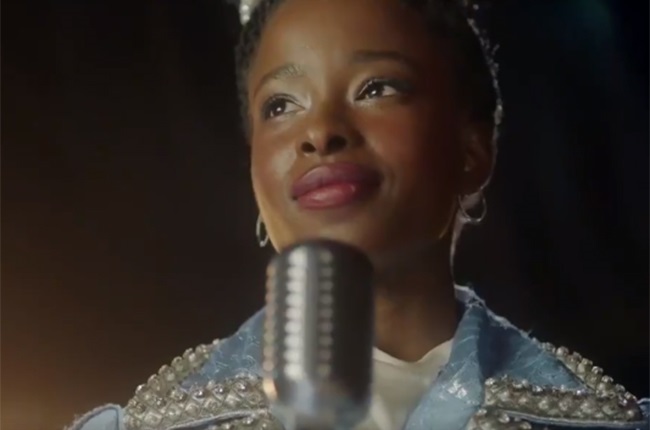 Amanda Gorman took the stage during a pre-taping which aired during the Super Bowl on Sunday to honour the heroes who worked tirelessly for their communities.

National Poet Youth Laureate, Amanda Gorman, became a household name when she became the youngest ever poet to speak during President Joe Biden's inauguration in January.

Now, the 22-year-old recited her poem, Chorus of the Captains, about America's real "captains" during the Super Bowl, with special mention of teacher Trimaine Davis, nurse Suzie Dorner and Marine veteran James Martin.

"James has felt the wounds of warfare / But this warrior still shares / His home with at-risk kids / During Covid, he's even lent a hand / Live-streaming football for family and fans," she said of James Martin, a Marine veteran who volunteers his time with the Wounded Warrior Project, according to E! News.

She concluded urging everyone to "walk with these warriors, charge on with these champions" as she said: "For while we honour them today, it is they, who every day, honour us."

We live in a world where facts and fiction get blurred
In times of uncertainty you need journalism you can trust. For only R75 per month, you have access to a world of in-depth analyses, investigative journalism, top opinions and a range of features. Journalism strengthens democracy. Invest in the future today.
Subscribe to News24
Related Links
2021 NFL Super Bowl to air live in South Africa
The Weeknd gathers his greatest hits for special album ahead of Super Bowl performance
Next on Channel24
Peaky Blinders and Harry Potter actor Helen McCrory, 52, dies