Cape Town - Prince Harry is suing The Sun and the Daily Mirror for allegedly hacking and illegally intercepting voicemail messages.

According to BBC News documents have been filed on behalf of the Duke of Sussex at the High Court.

This comes after his wife, Meghan Markle filed a lawsuit against The Mail on Sunday over the publication of a private letter, earlier this week.

READ MORE: Prince Harry releases a heartbreaking statement as the Duchess of Sussex sues the Mail on Sunday

"We can confirm that the Duke of Sussex has issued a claim," News Group Newspapers, which publishes The Sun daily and the now-defunct News of the World said in a statement without elaborating, reports AFP.

While the exact details of the suit are not clear BBC royal correspondent Jonny Dymond says that "The presumption is this goes back to the phone hacking scandal of the early 2000s."

READ MORE: Harry and Meghan in Johannesburg - Here's everything you might have missed!

We live in a world where facts and fiction get blurred
In times of uncertainty you need journalism you can trust. For only R75 per month, you have access to a world of in-depth analyses, investigative journalism, top opinions and a range of features. Journalism strengthens democracy. Invest in the future today.
Subscribe to News24
Related Links
Harry and Meghan in Johannesburg - Here's everything you might have missed!
WATCH: Harry, Meghan and me: My regal week with the Sussex royals
WATCH: Meghan shares the secret to changing the world – that she learned from a woman in Bo-Kaap...
Next on Channel24
Explosive new docci reveals Princess Diana said marriage to Prince Charles was 'hell from day one' 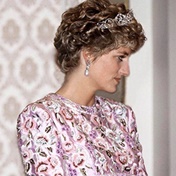