Now, I'd say 2019's not looking too bad, after Harry and Meghan's exit from the royal firm this year, an entire pandemic bringing life to a standstill in the UK and across the globe and both Prince Charles and Prince William contracting Covid-19. To say 2020's been challenging for the queen would be an understatement, but Tom Jennings, the Emmy and Peabody Award-Winning filmmaker behind National Geographic's new documentary, Being The Queen, tells me the secret behind Her Majesty's relentless "Keep Calm and Carry On" attitude: her closeness to her father, King George, who, just like her, was suddenly thrust into a position of power.

There’s more to this story
Subscribe to News24 and get access to our exclusive journalism and features today.
Subscribe
Already a subscriber? Sign in
Next on Channel24
Queen Elizabeth’s Christmas bubble: Here’s how the royals will spend the holidays amid the pandemic 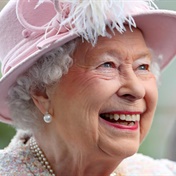