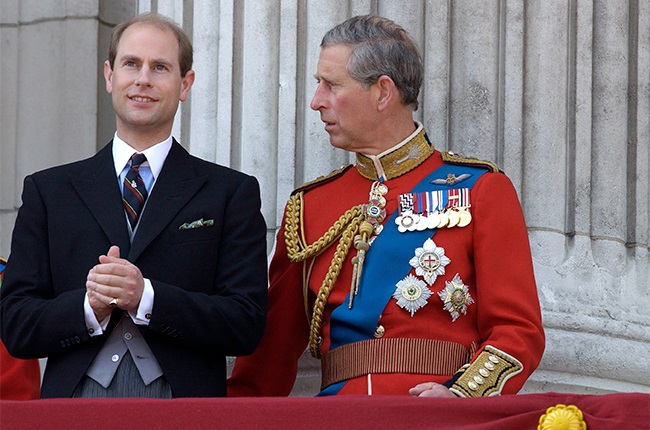 The Duke of Edinburgh was lowered into the Royal Vault at a beautiful funeral service attended by just 30 guests amid the ongoing coronavirus pandemic, leaving Prince Charles as the patriarch of the family.

The heir apparent, as tradition would have it, will inherit the title of Duke of Edinburgh, along with his other titles, Earl of Merioneth and Baron Greenwich, of Greenwich in the County of London. However, royal experts, including True Royalty TV co-founder Nick Bullen, tells Fox News Prince Edward is to take on the title once Charles becomes king, which was actually both Philip and the queen's wish.

He explains: "In truth Prince Charles, as the eldest son, inherits his father's titles. So in truth, the title Duke of Edinburgh should really go to the Prince [of] Wales. When Prince Charles becomes king, the title of duke would revert to the crown and become crown property."

The college of arms, which controls and grants coats of arms in England, Wales, and Northern Ireland, as well as some Commonwealth countries, confirmed that the title, which was given to Prince Philip by King George VI after he relinquished his European royal status before marrying the queen, will indeed first go to Charles.