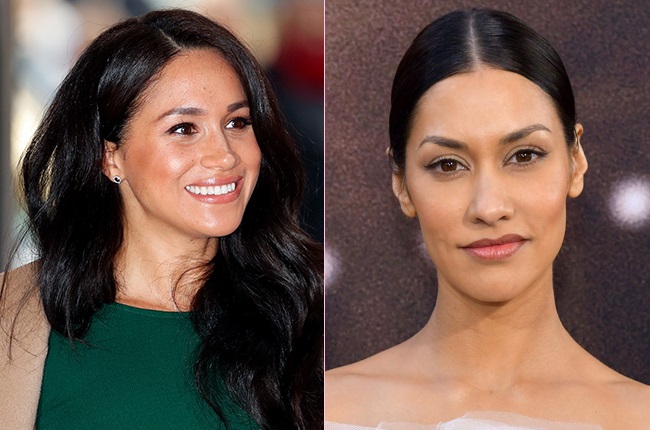 The actor appeared on British talk show,This Morning on Wednesday and revealed she was with Meghan Markle, watching, when the interview aired in the US.

Before Prince Harry joined in on the conversation, Meghan got candid about her struggle with her mental health, revealing she reached out to the institution as she thought about taking her own life, but received no help.

Days after the interview, Buckingham Palace released a statement saying the royal family was "saddened to learn the full extent of how challenging the last few years have been for Harry and Meghan".

"The issues raised, particularly that of race, are concerning. Whilst some recollections may vary, they are taken very seriously and will be addressed by the family privately," they said.

Now, The Way Back actor, who says the duchess was happy for her to speak to the media, says: "You know, after reading this short statement that came out from Buckingham Palace today, I felt two things: One side, I thought, I am so thankful that they are finally acknowledging the experience. But on the other side, I know that the family and staff were well aware of the extent of it, and though their recollections may vary, ours don't, because we lived through it with them. And there are many emails and texts to support that."

On the bullying claims against Meghan that came out ahead of the interview, she added: "I have known [Meghan] for 17 years, and I have seen the way she regards the people around her and the people she works with, and I can say she is not a bully. But I can also say that I am personally glad people are doing their due diligence because I also know why someone had to leave, and it was for gross misconduct."

She teased that more was to be revealed as she shared: "The truth will come out."

She added: "There are plenty of emails and texts about that. I'm not going to get into the details of it. I don't feel like that's my place. I'm just happy that it's actually being looked into because the truth really does set you free."

'I'm just happy that it's actually getting looked into, because the truth really does set you free'

Meghan Markle's friend, Janina Gavankar, speaks out about the bullying accusations against the duchess.

We live in a world where facts and fiction get blurred
In times of uncertainty you need journalism you can trust. For only R75 per month, you have access to a world of in-depth analyses, investigative journalism, top opinions and a range of features. Journalism strengthens democracy. Invest in the future today.
Subscribe to News24
Related Links
Palace says at the 'heart of this is a family' following queen's statement on Meghan and Harry
Thomas Markle reacts to Oprah interview and suggests Meghan exaggerated royal racism
Next on Channel24
Prince William slams the billionaire space race: 'We should be saving Earth'