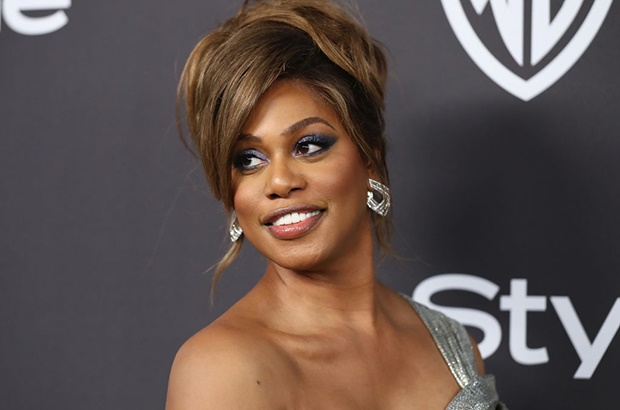 Cape Town – Laverne Cox was one of the 15 women chosen by Meghan Markle to feature on the cover of Vogue’s very special ‘Forces For Change’ September issue, while also making history as the first transgender British Vogue cover star.

The Orange Is The New Black actress says she had no idea The Duchess of Sussex was guest editing the issue though and had a total fangirl moment when she did find out last week.

The LGBTQIA+ advocate, actress and producer told PEOPLE, “Edward Enniful [British Vogue editor-in-chief] called me at 9:30 in the morning, and he’s like, ‘I have someone on the phone for you...”

“She was lovely,” Laverne commented. “She thanked me for being an inspiration and to keep it up.”

Laverne said she told Meghan she’d always been a fan of hers – ever since Suits, in fact – and she so admires everything she does before paying her the biggest compliment.

“She has been such a huge inspiration for so many of us. Yes, as an African American member of the royal family, but I think a lot about Prince Harry’s mother, Princess Diana, and what she meant to so many people.

“She wanted to help and be of service to the world — it feels like Prince Harry chose a partner who embodies so much of what his mother stood for. Certainly, the Duchess is her own person, but I think about what it means to be of service. I feel like that’s what she feels called to do. And I think that’s a beautiful thing.”

We live in a world where facts and fiction get blurred
In times of uncertainty you need journalism you can trust. For only R75 per month, you have access to a world of in-depth analyses, investigative journalism, top opinions and a range of features. Journalism strengthens democracy. Invest in the future today.
Subscribe to News24
Related Links
Here's the real reason Meghan Markle didn't appear on her Vogue cover
SNEAK PEEK: Meghan Markle edited the September issue of British Vogue – and it's so inspiring...
PIC: Laverne Cox shows off her new man
Next on Channel24
'Are we prepared to do what's necessary to end this pandemic?' Harry and Meghan ask at Global Citizen Live