Lawyer puts Prince Andrew's face on a bus: 'If you see this man please ask him to call the FBI' 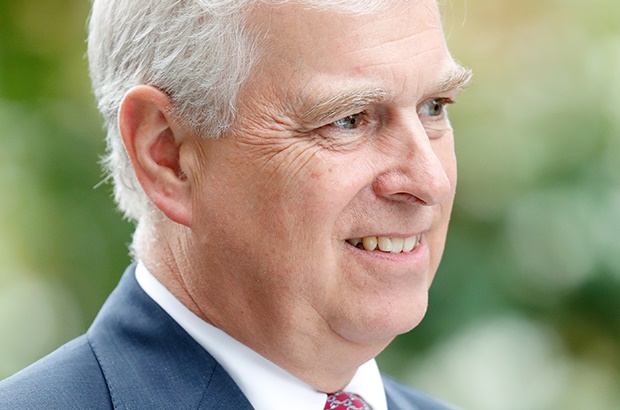 While Harry and Meghan made headlines after it was revealed they would drop the "royal" branding, another member of the royal family also went viral over the weekend.

According to The Guardian, Prince Andrew got a lot of attention, this time because US lawyer, Gloria Allred, who represents victims' in the ongoing Jeffrey Epstein case, put Prince Andrew's face on a bus that was seen driving past Buckingham Palace. On it were the words, "If you see this man please ask him to call the FBI to answer their questions."

A yellow school bus with a post-birthday message for the Duke of York, from US lawyer Gloria Allred, is currently driving along The Mall towards Buckingham Palace, London. ?? ??@PA pic.twitter.com/6kudWAQeGa

The not-so-subtle jab comes after US attorney, Geoffrey Berman revealed Prince Andrew "has provided zero cooperation" to the FBI in the Jeffrey Epstein case. This, after the royal said, when announcing he'd be stepping back from royal duties after his disastrous BBC interview, "I am willing to help any appropriate law enforcement agency with their investigations, if required."

According to Express, military sources have now urged the queen to axe Andrew from the royal family's annual Trooping the Colour in June saying, "Prince Andrew's participation in the event would very likely and unfairly damage the reputation of the Queen and the monarchy, and he's already stirred up enough problems for them."

We live in a world where facts and fiction get blurred
In times of uncertainty you need journalism you can trust. For 14 free days, you can have access to a world of in-depth analyses, investigative journalism, top opinions and a range of features. Journalism strengthens democracy. Invest in the future today. Thereafter you will be billed R75 per month. You can cancel anytime and if you cancel within 14 days you won't be billed.
Subscribe to News24
Related Links
Prince Andrew defers navy promotion in wake of Epstein scandal
Lawyer in Jeffrey Epstein sex trafficking case slams Prince Andrew for not cooperating with FBI:...
Prince Andrew accused of 'zero cooperation' in Epstein case
Next on Life
PHOTOS | Over 50 000 cards have been sent to King Charles following queen's death