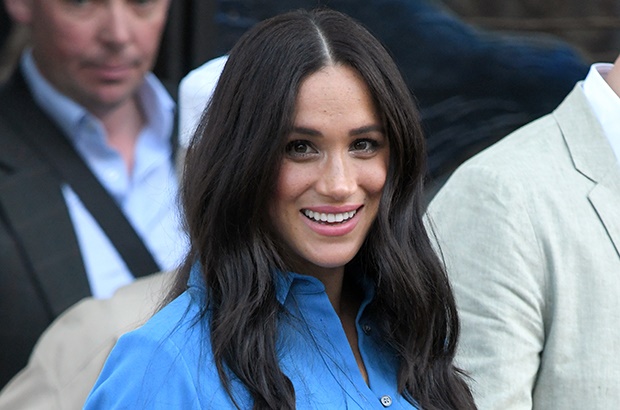 After Harry and Meghan officially step down as senior members of the royal family on 31 March, the world will be watching to see what their next move will be.

Well, with numerous publications reporting that the Duchess of Sussex has received an invitation to attend the 2020 Met Gala, Meghan may make her next big public appearance post-royal life at "fashion's biggest night out".

According to InStyle, Vogue UK editor, Edward Enniful, which Meghan collaborated with for her Forces of Change issue in 2019, extended the invitation to the duchess.

During an interview on the Today show earlier in 2019, Anna Wintour did say Meghan – and Kate – would be her dream couple to attend the Met Gala. "I would love to have the Duchess of Sussex and the Duchess of Cambridge together. That would be my dream couple," she said. "They could leave their husbands at home. It's the two of them I want."

The 2020 Met Gala is set to take place on 4 May with the theme "About Time: Fashion and Duration", which was inspired by Sally Potter's 1992 period film Orlando, adapted from the Virginia Woolf novel Orlando: A Biography. The film was set in the 17th and 18th Century, and the Met Gala will, therefore, feature fashion of that time.

We live in a world where facts and fiction get blurred
In times of uncertainty you need journalism you can trust. For only R75 per month, you have access to a world of in-depth analyses, investigative journalism, top opinions and a range of features. Journalism strengthens democracy. Invest in the future today.
Subscribe to News24
Related Links
10 times Meghan Markle was unapologetically herself – and a total badass!
Helen Mirren says Harry and Meghan stepping down is a 'loss' to the royal family
Canada won't be paying for Harry and Meghan's security anymore
Next on Channel24
The cash-for-honours scandal and seedy deals embroiling Prince Charles' foundation