Meghan Markle and Prince Harry together in Toronto. (Photo: Greatstock/Splash)

Cape Town – Meghan Markle and Prince Harry have reached yet another milestone in their relationship.

According to reports the British royal took his girlfriend to meet the Queen of Britain, aka his grandmother.

The Daily Mail reports the highly discreet meeting took place on Thursday, 12 October and was kept “deliberately informal” to ensure that it was not highly publicised as well as to eliminate any nerves Meghan might have had.

Of the reported meeting, Kensington Palace told E! News they "continue not to comment on these stories."

Meanwhile, Us Weekly reported last month that Megahn Markle first met Her Majesty on 3 September, following their holiday in Africa.

The reported meeting took place at Balmoral Castle, the queen’s summer residence, and was brief but a big move of Harry’s part.

Meghan’s tea date with the queen has sparked rumours that the Suits actress and Prince Harry will announce their engagement before the end of the year.

This comes after it was reported that one Meghan will not be returning to the legal drama for an eighth season. The current season wraps filming in November.

Meghan, 36, and Harry, 33, made their first official public appearance together at this year's Invictus Games in Toronto. 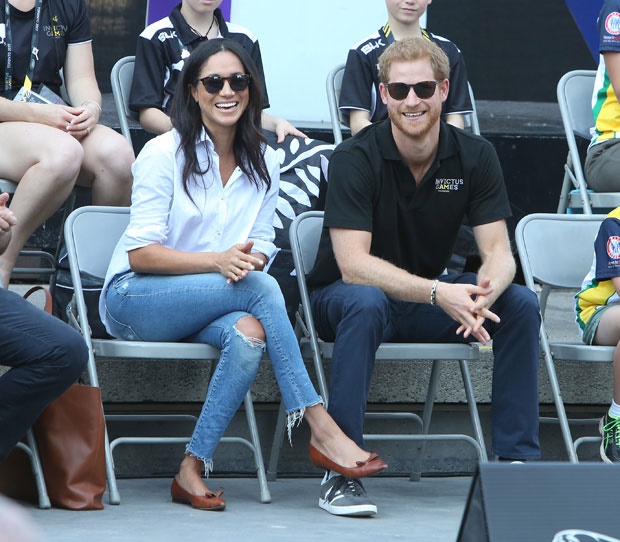 We live in a world where facts and fiction get blurred
In times of uncertainty you need journalism you can trust. For only R75 per month, you have access to a world of in-depth analyses, investigative journalism, top opinions and a range of features. Journalism strengthens democracy. Invest in the future today.
Subscribe to News24
Related Links
Meghan quits Suits – to start princess training?
PICS: Prince Harry steals a kiss from Meghan Markle at Invictus Games closing ceremony
Sneaking a snog! 8 adorable pics of Harry and Meghan looking totally smitten
Next on Channel24
Prince Philip's unwavering dedication to royal duty and his secret letters to Diana