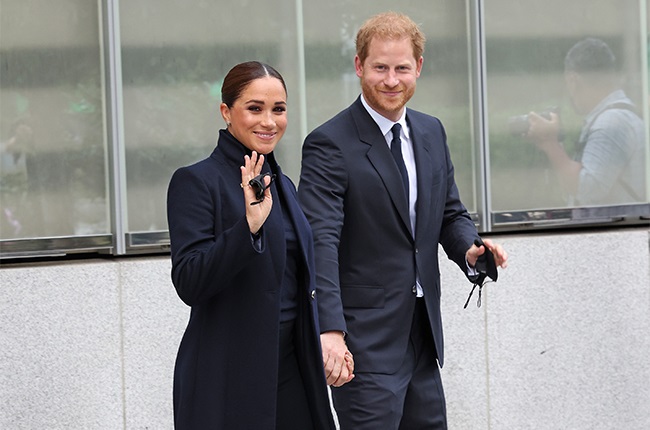 The Duke and Duchess of Sussex have spoken openly about the negative effects social media can have, drawing from their own experiences, with Meghan Markle even opening up about being the "most trolled person in the entire world" at one point.

"What was able to just be manufactured and churned out, it's almost unsurvivable," Meghan said at the time, in conversation with Teenager Therapy to mark World Mental Health Day.

Now, a new report by Bot Sentinel has analysed 114 000 tweets originating from 55 single-purpose accounts identified as the primary hate accounts and 28 secondary hate accounts that mainly amplified the primary accounts. Said accounts were responsible for approximately 70% of the original and derivative hate content targeting the couple.

The users were deploying tactics to go undetected. "Others would use racist coded language about Meghan, Duchess of Sussex, to avoid detection," while "several accounts either lock or completely deactivate their profiles to preserve their accounts".

The report said: "Our research revealed these accounts were brazenly coordinating on the platform, and at least one account was openly recruiting people to join their hate initiative on Twitter."

A spokesperson for Twitter has since told BuzzFeed News they are "actively investigating the information and accounts referenced in this report - we will take action on accounts that violate the Twitter Rules".

So far, four of the 83 accounts have been suspended, and six have had made their accounts private.

Bot Sentinel CEO Christopher Bouzy comments: "This is a game they play with Twitter, and they know exactly what they're doing."

We live in a world where facts and fiction get blurred
In times of uncertainty you need journalism you can trust. For only R75 per month, you have access to a world of in-depth analyses, investigative journalism, top opinions and a range of features. Journalism strengthens democracy. Invest in the future today.
Subscribe to News24
Next on Channel24
PHOTOS | Prince Albert takes twins Jacques and Gabriella to a Christmas market in Monaco