Cape Town – Prince William showed his rebellious bad boy side when he took a motorcycle for a spin on Tuesday.

Today The Duke of Cambridge is in the East Midlands to visit @UKTriumph and later the HORIBA MIRA Technology Park. pic.twitter.com/mL1XUkflFs

On his visit Prince William toured the facilities and learned more about the production process, even helping place a badge on one of the motorcycles still in making.

The Duke tours the facilities at @UKTriumph in Hinckley, including the new £6million paint shop. Triumph Motorcycles have been based in Hinckley for more than two decades. pic.twitter.com/3Yh898wD5W

The Duke helps place a badge on one of the bikes in production. @UKTriumph is the largest British motorcycle manufacturer and its assembly line in Leicestershire builds around 67,000 bikes per year. pic.twitter.com/OWffTNjcqR

The Duke of Cambridge then got to take the latest Triumph Tiger 1200 for a spin and man does he look good on a bike. 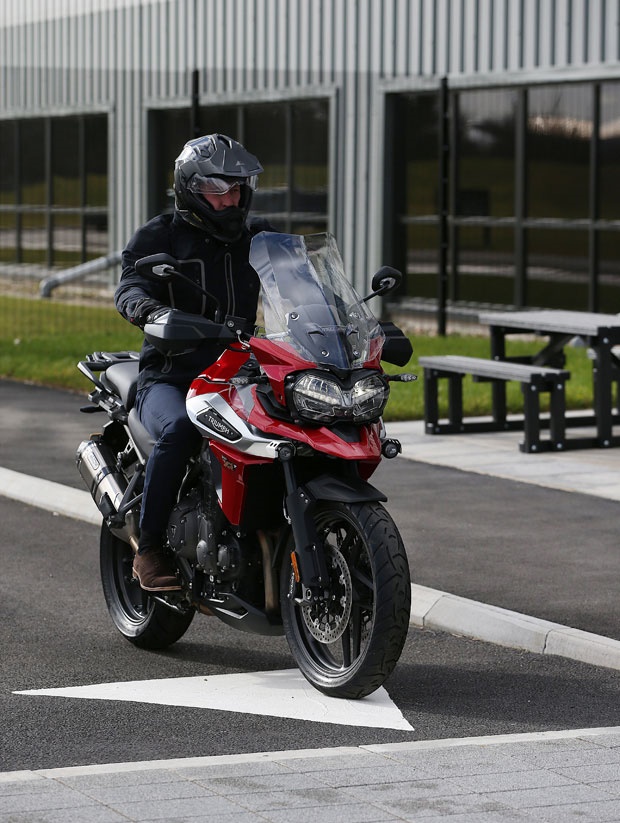 Here's one more just because...

Later at the HORIBA MIRA Technology Park Prince William was shown a wide range of vehicles that have been developed by the manufacturing company.

The Duke is shown the wide range of vehicles that have been developed by @MIRAEngineering, from the Aston Martin DB11 to driverless defence vehicles. pic.twitter.com/SzIMVHae67

He was then treated to some laps around the track in Aston Martin DB11.

The Duke was then taken on a few laps in the Aston Martin around the High Speed Track and experienced the Wet Handling Circuit. pic.twitter.com/JhYshuJRBD