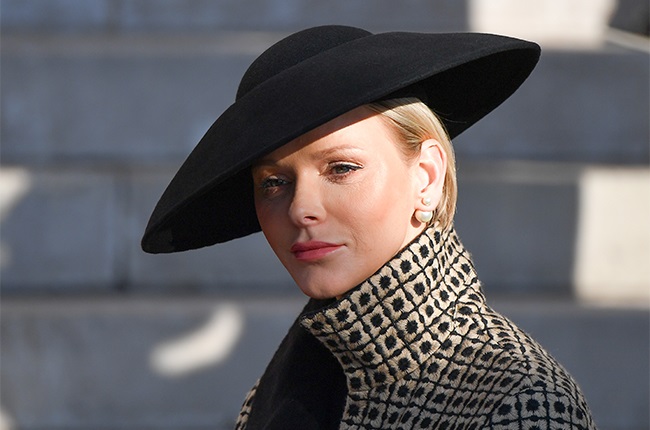 Princess Charlene of Monaco is in a "stable" condition after being rushed to hospital on Wednesday evening due to a medical emergency at the lodge where she is staying.

The former Olympic swimmer was admitted to the Netcare Alberlito Hospital in Ballito under an alias, News24 reported on Friday morning.

The palace shared an official, albeit vague, statement with Netwerk24 on the latest developments, saying: "The princess is currently recovering in South Africa where her medical team advised she does not travel until all the necessary procedures have been completed.

"The princess was due to undergo another procedure on 3 September," the principality said, "before she suddenly collapsed."

The news comes amid the princess' extended stay in South Africa after contracting an ENT infection, which has resulted in multiple procedures and complications. Charlene was first seen in South Africa in March at the funeral service of Zulu King Goodwill Zwelithini kaBhekuzulu.

She's also been on a conservation mission in the country, and in May, Charlene told Channel24: "It's been a trying time for me."

As Charlene's stay continues to be extended speculation has mounted around a possible separation between the royal couple. But despite the rumours - and historical reports that Charlene tried to escape the palace before her wedding to Albert 10 years ago - insiders close to the couple continue to insist all is well.

While Charlene has been in South Africa, Prince Albert attended the Red Cross Ball in Monaco with Nicole Coste, and their son Alexandre Grimaldi-Coste (Alexandre does not fall within the line of succession as the couple were not married at the time of his birth). This added more fuel to the split rumours.

Nevertheless, Prince Albert has continued to portray a positive picture about the current unfolding events. Earlier this week, after a visit to South Africa with the children, the prince told People he believes Charlene is "eager" to return to Monaco. "She's ready to come home," he said, adding it "depends on what her doctors say," he claimed.

"I know she's said possibly 'late October,'" Albert added, before saying, "but that was before this most recent round of appointments. I'm pretty sure we can cut that time frame a little short."

He said: "She's jokingly said that she's ready to stowaway on a ship to come back to Europe," and added, "She was in good spirits."

Channel24 has reached out to Princess Charlene's camp for comment and will update this article as soon as more information becomes available.

We live in a world where facts and fiction get blurred
In times of uncertainty you need journalism you can trust. For 14 free days, you can have access to a world of in-depth analyses, investigative journalism, top opinions and a range of features. Journalism strengthens democracy. Invest in the future today. Thereafter you will be billed R75 per month. You can cancel anytime and if you cancel within 14 days you won't be billed.
Subscribe to News24
Next on Life
Prince William awards Earthshot prizes as US visit wraps up