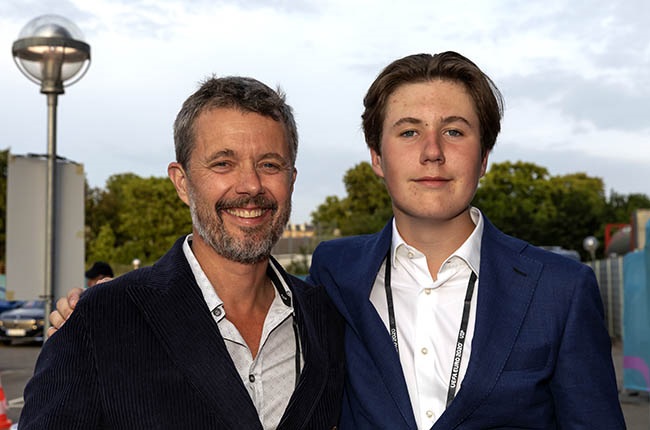 Prince Frederik and Princess Mary of Denmark have removed their oldest son, Prince Christian, from one of the country's most prestigious boarding schools – Herlufsholm School.

Per People, the royal couple announced that their 16-year-old son would be transferring out of the elite school on Sunday after allegations of sexual abuse and bullying at the establishment surfaced.

Prince Christian, who is second in line to the Danish throne, is not connected to the allegations and enrolled at the school in August 2021.

The parents noted that they were "deeply shaken" by findings released by the National Agency for Education and Quality. They added that the information "directs a particularly harsh critique from a state authority against Herlufsholm and places demands on the school at several levels, not least the leadership level" – which was unacceptable.

The prince and princess also revealed that their 15-year-old daughter, Princess Isabella, would no longer enrol at the prestigious private boarding and day school later this year, as planned.

According to E! News, Herlufsholm School was the focus of a TV2 documentary, Herlufsholms Hemmeligheder (Herlufsholm's Secrets), which aired in May. The documentary alleged that the school had a systemic bullying culture and detailed allegations of physical violence, bullying and sexual abuse from former students.

Prince Frederik and Princess Mary of Denmark first addressed the allegations that aired in the documentary on 17 June, saying they would take time to decide how to move forward.

"Bullying, violence and abuse are never acceptable. We must respond to the painful and devastating events by insisting on changes that ensure a safe environment for all. And then we must acknowledge the courage of those who have shared their violent experiences," they wrote in a statement on Instagram.

"At the same time, we are the parents of a son who is very happy to go to school. And a daughter who has long been looking forward to starting the same place.

The Herlufsholm School has not responded to requests for comment.

We live in a world where facts and fiction get blurred
In times of uncertainty you need journalism you can trust. For 14 free days, you can have access to a world of in-depth analyses, investigative journalism, top opinions and a range of features. Journalism strengthens democracy. Invest in the future today. Thereafter you will be billed R75 per month. You can cancel anytime and if you cancel within 14 days you won't be billed.
Subscribe to News24
Next on Channel24
Prince Andrew still receiving taxpayer-funded security amid Harry's battle for police protection