Prince William and Kate Middleton just started their summer holiday – but do the royals have a right to a bit of downtime and privacy? 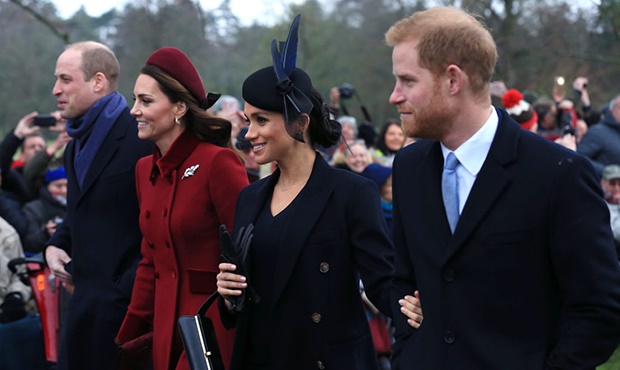 Cape Town – You probably won’t be seeing much of Prince William and Kate Middleton over the next two months – the Duke and Duchess of Cambridge have officially started their summer holiday.

According to Hello! the royal family takes a summer break every year around the same time, which also coincides with Prince George and Princess Charlotte’s school holiday. The Observer speculates much of their time will be spent at Anmer Hall on Queen Elizabeth’s Sandringham estate.

"The Cambridges are apparently quite low-key while there, with Kate answering the door herself, cooking meals and doing lots of activities with her kids," they say, "It’s also in a no-fly zone, unlike Prince Harry and Meghan Markle’s Frogmore Cottage residence, so they get extra privacy."

The public often grapples with the royal family’s request for privacy. Meghan Markle recently enjoyed some time off taking maternity leave after baby Archie was born, but many felt the royals shouldn’t have kept the birth plan secret, nor should they have settled on a private christening.

Most recently, when Meghan requested fans refrain from taking pictures of her at Wimbledon, many felt the request was ridiculous considering the Duchess of Sussex, “private capacity” or not, was in a very public place.

So do the royals have a right to a bit of downtime and privacy?

At Wimbledon, with Court 1 having a capacity of over 12 000 seats, probably not. But they do deserve some time off from their full-time job or carrying out one royal responsibility after the other, as well as a little privacy when they’re behind closed doors, or far away from Wimbledon and Kensington Palace.