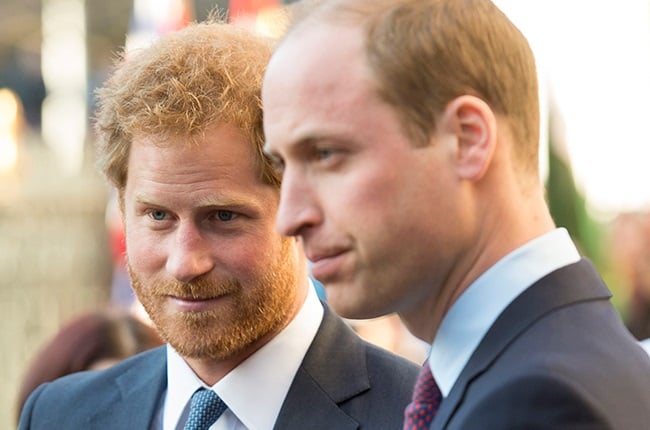 The unveiling of a new statue of Diana, princess of Wales, next month could help thaw frosty ties between her sons prince William and Prince Harry, a royal biographer said on Friday.

The princes are due to attend the 1 July ceremony in the gardens of Kensington Palace, unveiling a statue they commissioned to mark what would have been their mother's 60th birthday.

Omid Scobie, a journalist and writer whose 2020 book Finding Freedom covers Harry and Meghan's marriage and move to the United States, said he expects the event "will demonstrate that both of them are able to be cordial and respectful when it comes to remembering the life of their mother, despite their differences".

The once-close brothers, who studied together at Britain's elite Eton school, and both served in the military, have become distant since Harry's marriage to Meghan and the couple's move to California.

The brothers' meeting could remind them "how well" they work together to preserve the legacy of their mother, who was killed in a Paris car crash, aged 36, in 1997, Scobie told the Foreign Press Association in London, answering a question from AFP.

"Maybe that will be the icebreaker that is needed," he added, while saying the princes would not be able to talk privately at the large event and "there's a lot to be discussed".

The brothers showed "a little bit of this at Prince Philip's funeral", Scobie added, referring to their conservation after the funeral of their grandfather, Queen Elizabeth II's late husband, on 17 April.

In a sensational Oprah Winfrey interview in March, Harry and Meghan accused the royal family of racism, saying a member had asked about the skin colour of Harry and Meghan's future child.

The royal family responded by saying "some recollections may vary" and promised to look into the claim.

William, second-in-line to the throne and also known as the Duke of Cambridge, only commented briefly, saying: "We're very much not a racist family".

Scobie, a royal correspondent for US media, is sympathetic to Harry and Meghan, also known as the Duke and Duchess of Sussex, in the book he co-authored with fellow journalist Carolyn Durand.

He is often seen as unofficial spokesman for them, although he denies this, insisting he simply has very good sources.

He said Friday that despite initial reports that Meghan was planning to attend the statue unveiling, this was never on the cards since she gave birth to the couple's second child earlier this month.

But the couple will both come to Britain next year when the Queen, 95, marks 70 years since she acceded to the throne, he predicted.

"I would imagine that next year during the Queen's Jubilee, we will see both Harry and Megan supporting the Queen," he said.

We live in a world where facts and fiction get blurred
In times of uncertainty you need journalism you can trust. For only R75 per month, you have access to a world of in-depth analyses, investigative journalism, top opinions and a range of features. Journalism strengthens democracy. Invest in the future today.
Subscribe to News24
Next on Channel24
Prince Harry to publish 'intimate' memoir