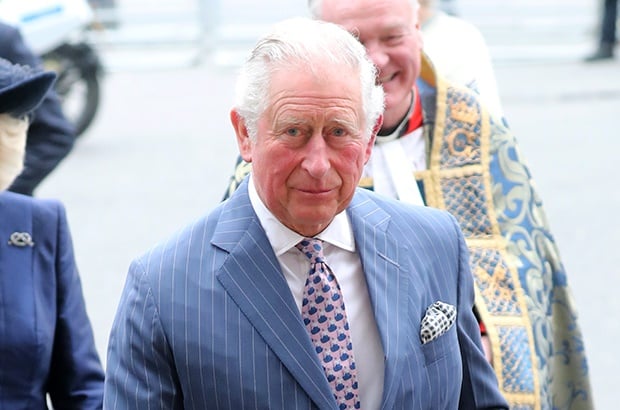 Prince Charles revealed on Wednesday that he has tested positive for the coronavirus.

In a statement, Clarence House commented, "He has been displaying mild symptoms but otherwise remains in good health and has been working from home throughout the last few days as usual."

"It is not possible to ascertain from whom the prince caught the virus owing to the high number of engagements he carried out in his public role during recent weeks," the statement continued, but His Royal Highness did meet with Prince Albert in London on 10 March, who has also tested positive for the Covid-19 virus.

'BOTH OF THEM REMAIN IN GOOD SPIRITS'

According to ITV News, the Prince of Wales, as well as the Duchess of Cornwall, was tested by the NHS in Aberdeenshire where they met the criteria required for testing. Camilla's test came back negative.

According to People, both Charles and Camilla "remain in good spirits".

A source told the publication, "There is a sense of keeping calm and carrying on. The duchess is concerned for him but she is aware of his own good spirits and therefore keeping a close eye on him and mindful of her own situation. She is upbeat."

Charles and Camilla are both staying at Birkhall, their home in Scotland on Queen Elizabeth's Balmoral estate, though they are taking measures to self-isolate from one another. So too are their employees.

Queen Elizabeth, as well as Prince Philip, are currently staying at Windsor Castle – with Buckingham Palace releasing a very keep-calm-and-carry-on statement after the news of Prince Charles' diagnosis broke saying, "The queen remains in good health... We will not be commenting further." – while Prince William and Kate are at their home in Norfolk and Prince Harry and Meghan in Canada.

Prince Charles has reportedly spoken to both his sons as well as the queen, the palace has confirmed. The royal family last got together on 9 March for the Commonwealth Day Service at Westminster Abbey, which marked Harry and Meghan's last official engagement as senior members of the royal firm. But the couple has been sharing updates and resources to help those around the world amid the pandemic.

"This moment is as true a testament there is to the human spirit," they wrote in a touching post on Instagram.

Prince William shared a message shortly after. "Whenever and wherever adversity strikes, the people of the UK have a unique ability to pull together," he said in a video, wishing to inspire hope.

We live in a world where facts and fiction get blurred
In times of uncertainty you need journalism you can trust. For 14 free days, you can have access to a world of in-depth analyses, investigative journalism, top opinions and a range of features. Journalism strengthens democracy. Invest in the future today. Thereafter you will be billed R75 per month. You can cancel anytime and if you cancel within 14 days you won't be billed.
Subscribe to News24
Related Links
Prince Charles tests positive for coronavirus
Queen Elizabeth goes into self-quarantine
Harry and Meghan break their silence with a powerful message: 'This moment is as true a testament...
Next on Channel24
Former king Juan Carlos returns to Spain after two years in exile