Cape Town – The English royals met the Zulu royals on Monday to mark the 140th anniversary of the Anglo-Zulu War and The Battle of Rorke's Drift.

The Battle of Rorke's Drift saw just over 150 Welsh soldiers fight sum 4 000 Zulu warriors in South Africa in 1879, but 140 years later the royals are coming together in the event that Gugu Ngcobo – one of the organisers of the event – said would not only mark the anniversary but "lead to cooperation" reports ITV.

"In the spirit of peace and development we are here because the King desired it most that we have to create cordial relations between these two kingdoms," she said. "And we must look beyond what happened 140 years ago and see what positive energies can come out of the experiences of the past."

Prince Charles, The Duchess of Cornwall, King Goodwill Zwelethini and Queen Pumi, were welcomed by members of a Zulu "impi", dressed in traditional leopard skin, and were later treated by the Rhayader & District Male Voice Choir as they sang Men of Harlech – a song featured in the 1964 film depicting the historic Battle.

The Prince of Wales is said to have exchanged a few friendly words with The King, whom he last saw in 2011 in his tour of South Africa. "You haven't changed a bit," Prince Charles said to King Zwelethini. 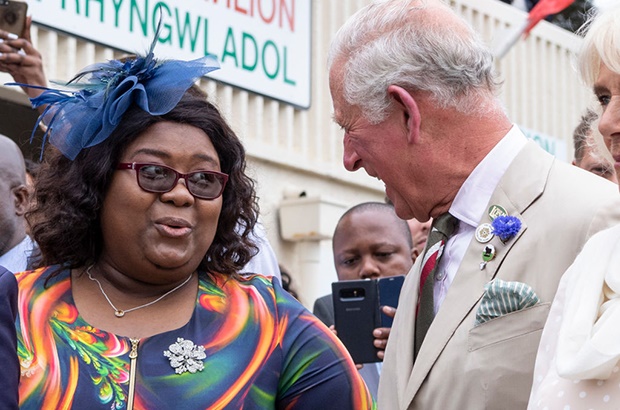 We live in a world where facts and fiction get blurred
In times of uncertainty you need journalism you can trust. For 14 free days, you can have access to a world of in-depth analyses, investigative journalism, top opinions and a range of features. Journalism strengthens democracy. Invest in the future today. Thereafter you will be billed R75 per month. You can cancel anytime and if you cancel within 14 days you won't be billed.
Subscribe to News24
Related Links
The bizarre items Queen Elizabeth and Prince Charles carry when they travel has us shook!
PICS: New portrait of Prince Charles released
Charles celebrates 50 years as the Prince of Wales
Next on Channel24
Prince Charles says Commonwealth nations free to chart own course