5 things to know about James Bond No Time to Die is the 25th official Bond film, and the franchise retains its status as one of the most popular in the world.

Here are five things to know about the man with a licence to kill.

James Bond started life on the page, his name taken from the cover of a Jamaican bird-watching book because author Ian Fleming wanted something as mundane as possible.

Fleming was able to draw from some rich real-life experiences, having served in naval intelligence during World War II.

One of Commander Fleming's key missions was Operation Goldeneye, aimed at sabotaging ties between Spain and Germany - which later gave him the name for his Jamaican home, and inspired the 1995 movie.

His first novel, Casino Royale, was released in 1953 and was a huge escapist hit at a time of post-war rations and hardship in Britain.

He went on to write 13 more Bond novels and penned the children's story Chitty Chitty Bang Bang for his son, which also came to the screen as a hit musical.

He died in 1964 at the age of 56, just two years after the first Bond film appeared. 24th March 1958: Ian Fleming, British author and creator of James Bond, at his desk in his study.
Photo: Express/Getty Images

The figures vary, but Bond is clearly one of the most successful film franchises of all time, having spawned 25 official films and enough product placements to make a glossy magazine editor blush.

Although it has been running for fewer years than other franchises such as King Kong and Godzilla, it is perhaps the most consistent - rarely going more than two or three years between instalments.

The longest gap was between Timothy Dalton's last 1989 outing Licence to Kill and Pierce Brosnan's Goldeneye in 1995.

Underlining the immense value of the franchise, Amazon this year bought the Bond rights from MGM for a cool $8.45 billion. 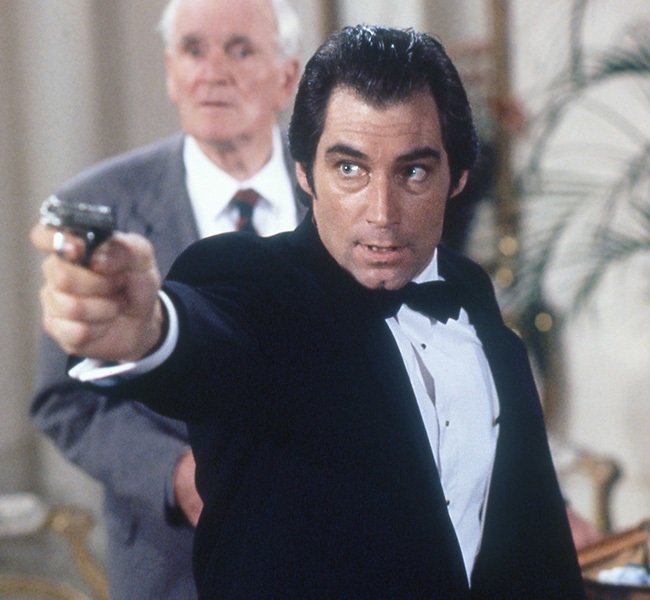 The various Bonds of the past 60 years have included Englishmen Daniel Craig and Roger Moore, Scotsman Sean Connery, George Lazenby from Australia, Timothy Dalton from Wales and Irishman Pierce Brosnan.

In the novels, Bond is actually the son of a Scottish father and Swiss mother - both of whom die in a climbing accident when Bond is a boy. 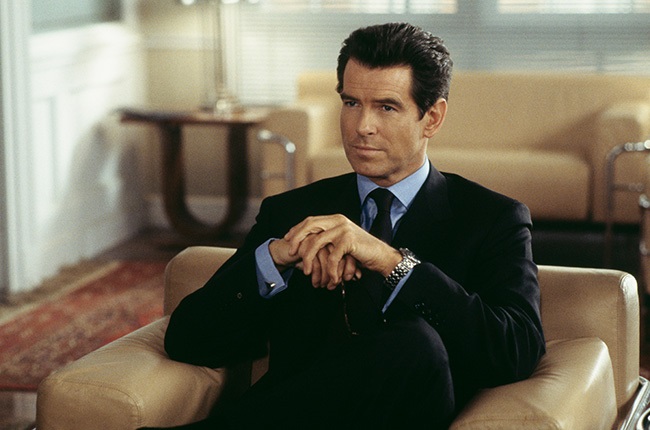 Irish actor Pierce Brosnan stars as 007 in the James Bond film 'The World Is Not Enough', 1999.
Photo: Keith Hamshere/Getty Images

The codename "007" has a specific meaning.

The "00" designation signifies the agent's licence to kill, while the "7" is his identification within the elite unit of MI6, Britain's external intelligence service.

The M designating Bond's boss comes from the "Missions Department".

Q, who furnishes Bond with all his nifty gadgets, gets his moniker from "quartermaster" - a military term referring to the person in charge of supplies.

The bad guys have their own codenames.

"SPECTRE", the organisation that causes Bond so much trouble, is short for "Special Executive for Counter-intelligence, Terrorism, Revenge and Extortion". One big name who gave Bond an early boost was President John F Kennedy, who cited From Russia With Love in his top 10 books.

Reportedly, it was also the last film he ever watched before leaving for Dallas in November 1963.

Daniela Bianchi and Sean Connery in the James Bond film, From Russia, With Love.
Photo: Getty Images
We live in a world where facts and fiction get blurred
In times of uncertainty you need journalism you can trust. For only R75 per month, you have access to a world of in-depth analyses, investigative journalism, top opinions and a range of features. Journalism strengthens democracy. Invest in the future today.
Subscribe to News24
Next on Channel24
Rust crew complained about work conditions before prop gun shooting that killed Halyna Hutchins - reports