View of part of the studio where Chilean director and animator Hugo Covarrubias recorded short film "Bestia", in Santiago, on February 17, 2020. "Bestia, the Chilean short film nominated for an Oscar, is based on the life of Ingrid Olderöck, an agent of Augusto Pinochet's dictatorship (1973-1990) who dedicated herself to "breaking the souls" of women by sexually torturing them, even with trained dogs, director Hugo Covarrubias told AFP. (MARTIN BERNETTI / AFP)

The 15-minute film about the life of Ingrid Olderock -- a particularly cruel agent of the dictatorship of Augusto Pinochet -- took 20 people three years to make.

It tells a story of the inner struggles of Olderock, the daughter of German Nazi sympathizers, who made it her life's work to psychologically break women prisoners, including using dogs to sexually assault them.

Olderock (1944-2001) worked at a detention center that specialized in the sexual torture of leftist Pinochet opponents.

Bestia employs the "stop motion" technique of photographing objects -- in this case dolls -- which are physically manipulated between frames. Those frames are then strung together in a series to create the impression of independent movement. 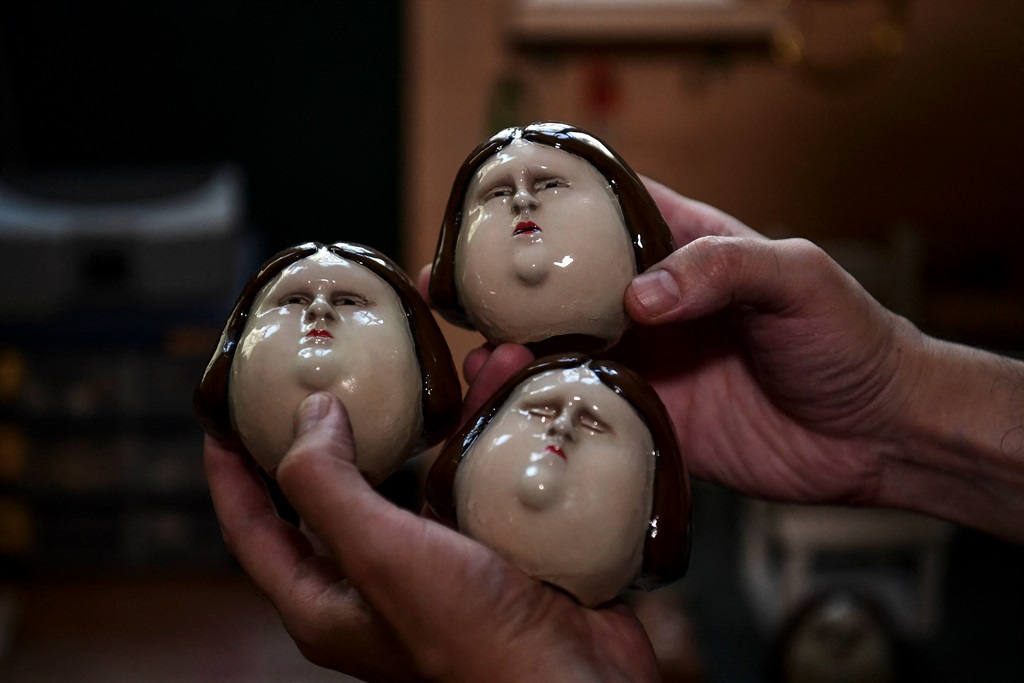 "Bestia, the Chilean short film nominated for an Oscar, is based on the life of Ingrid Olderöck, an agent of Augusto Pinochet's dictatorship (1973-1990) who dedicated herself to "breaking the souls" of women by sexually torturing them, even with trained dogs, director Hugo Covarrubias told AFP. (MARTIN BERNETTI / AFP)

Bestia director Hugo Covarrubias, 44, talked to AFP about how he chose the topic -- and the medium -- to tell the story of one of the most sinister chapters of the Chilean dictatorship.

A: She embodies the evil that reigned in Chile during the dictatorship... As a woman, she trained women to torture women. A person so dedicated to breaking souls obviously has to have had her own broken at some point.

Olderock had many mental problems. She was a very paranoid woman, with a lot of trauma. It (the film) is a psychological fiction, where we get inside her mind and try to show how all this mental trouble ends up representing an entire country. The trauma of a country (is seen) through the evil this woman represents.

A: One of the aspects we wanted to touch on was the intimate relationship with her dog. She had three dogs, but we "fictionalized" that part and wanted to show the most important dog, which was Volodya, and little by little the film reveals what she does with the dog. In reality, what she was doing was training dogs to commit torture, mainly to rape women.

A: I've been working on this technique since 2005. It is basically what I know how to do. We like it because there is a plastic component, manual and analog, that allows us to create worlds that would be very difficult to create digitally. We use miniature sets made of cardboard, and characters about 25 centimeters (10 inches) tall made with articulated steel, fabric and polyurethane.

A: "Beast" stands out for the theme, the aesthetics, for the way in which this political topic is handled.

Also the genre: a psychological and political thriller that ended up being a short film that was quite different from the rest, which does not have a happy ending...

It is quite raw and powerful. From time to time, people want this kind of power in a movie...

It causes different kinds of sensations, emotion and repulsion, it is a very strange experience. I think that the... sensations people experience with this short film -- I think it is what has made us get where we are.

A: It gives more credibility to your film and obviously opens career doors for the film director and the team. But the most important thing is the topic and the people who suffered this type of harassment.