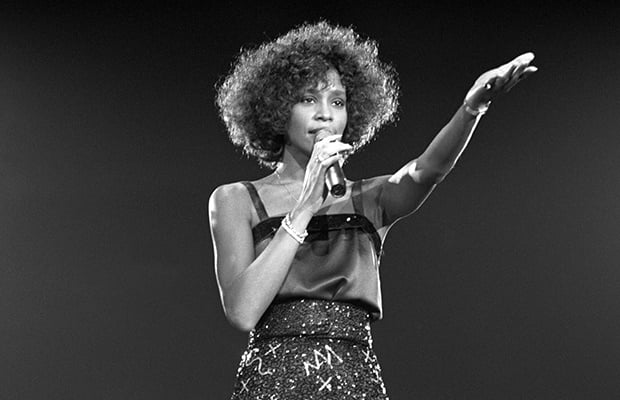 The Oscar-nominated screenwriter behind Bohemian Rhapsody and The Two Popes has been lined up to write and co-produce a new feature film on the life of Whitney Houston, US media reported Wednesday.

Anthony McCarten will join forces with the Whitney Houston estate and Grammy-award winner Clive Davis, the man who signed the star to her first recording contract, according to Deadline.

They are negotiating with Stella Meghie to direct the biopic I Wanna Dance With Somebody, the website reported. Meghie retweeted the Deadline story.

Houston died in 2012 aged 48, drowning in her bathtub after ingesting a large amount of cocaine.

Despite a career marked by drug addiction, she remains one of the great voices of R'n'B and popular music in the last 30 years.

Two recent documentaries have lifted the veil on previously taboo aspects of the life of the woman who learned her scales in a gospel choir in Newark, New Jersey.

Whitney provided testimony that Houston had been sexually assaulted in her youth by a much older cousin.

While Whitney: Can I Be Me referred to the singer's love affair with another woman, Robyn Crawford, which she hid for much of her adult life.

"I know the full Whitney Houston story has not yet been told," Davis told Deadline, describing the screenplay as "no holds barred, musically rich".

Director Meghie made a name for herself in 2016 with a critically acclaimed debut film, Jean of the Joneses (2016), a low-budget family comedy.

Since then, she has directed three other feature films, including The Photograph, released in February in the United States.

We live in a world where facts and fiction get blurred
In times of uncertainty you need journalism you can trust. For only R75 per month, you have access to a world of in-depth analyses, investigative journalism, top opinions and a range of features. Journalism strengthens democracy. Invest in the future today.
Subscribe to News24
Related Links
5 things we learned about Whitney Houston and Robyn Crawford's relationship from her tell-all...
Whitney Houston is 'going on tour'
Jake Gyllenhaal just belted out a Whitney Houston song – and it’s the best thing we’ve seen today!
Next on Channel24
Cult classic Fight Club gets a new ending in China