PHOTOS | Happiness Ever After coming soon to Netflix Netflix has released first look images and a teaser for the upcoming romantic comedy Happiness Ever After.

The film is a sequel to the 2016 romantic comedy Happiness is a Four-Letter Word based on the novel by Nozizwe Cynthia Jele. It starred Mmabatho Montsho, Khanyi Mbau and Renate Stuurman and centred on Nandi (Montsho) and her friends Zaza (Mbau) and Princess (Stuurman) as they juggle life, love and everything else.

The movie was one of the highest local grossing films in 2016, grossing R13.3 million at the box office. It also screened at the 69th Cannes Film Festival, the Toronto Film Festival and won the Best Cinematography award at the 2017 Africa Magic Viewers' Choice Awards.

"I'm super-excited about Happiness Ever After and being able to continue the uber-relatable story of sisterhood, friendship and love. Sequels are always difficult because the pressure is that much higher, but they also offer something different and exciting - and the opportunity to land the film on a global service like Netflix is its own reward. It is my sincere hope that the film resonates with audiences, and they fall back in love with their favourites and the new faces too," says creator Bongiwe Selane. 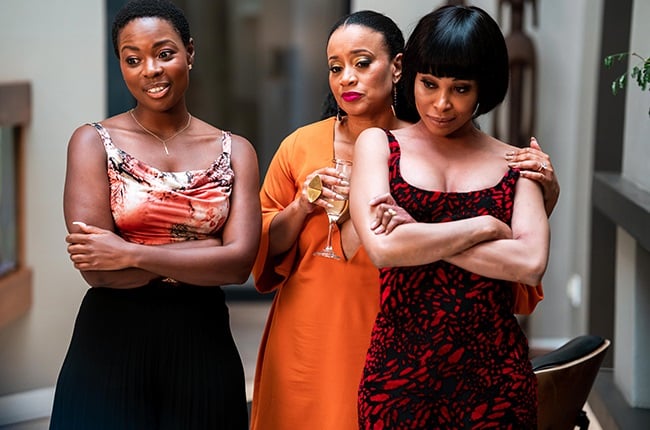 Nambitha Ben-Mazwi, Renate Stuurman and Khanyi Mbau in Happiness Ever After.
We live in a world where facts and fiction get blurred
In times of uncertainty you need journalism you can trust. For only R75 per month, you have access to a world of in-depth analyses, investigative journalism, top opinions and a range of features. Journalism strengthens democracy. Invest in the future today.
Subscribe to News24
Next on Channel24
Netflix and UNESCO launch short film competition