Pennywise in It. (Warner Bros)

Cape Town – IT has officially surpassed The Exorcist as the highest grossing horror ever.

On Monday New Line Cinema and Warner Bros announced the official release date for the sequel.

Get ready to be scared once again when it hits cinemas on 6 September 2019.

According to The Hollywood Reporter screenwriter Gary Dauberman has signed a deal to pen the script.

While Vulture reports that director Andy Muschietti has made IT his top priority.

The sequel is set to take place in the present with the Losers Club grown up and will have flashbacks to the past. The adult cast have yet to be announced.

We live in a world where facts and fiction get blurred
In times of uncertainty you need journalism you can trust. For only R75 per month, you have access to a world of in-depth analyses, investigative journalism, top opinions and a range of features. Journalism strengthens democracy. Invest in the future today.
Subscribe to News24
Related Links
The Kingsman dethrones IT from top spot with a stellar $39M debut
Bill Skarsgard hopes Pennywise scares people out of their minds
Monster success of IT feeds primal fear of clowns
Next on Channel24
Kristen Stewart opens up about playing Princess Diana in new movie 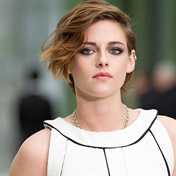