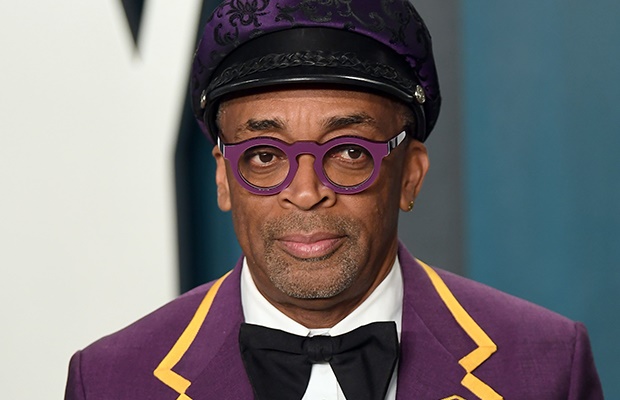 Spike Lee has released a powerful short film likening the deaths of George Floyd and Eric Garner to that of a character in his 1989 movie Do The Right Thing.

In the film, Radio Raheem dies at the hands of police officers just like George and Eric.

Over the weekend anti-racism protests in the US intensified as people took to the street over the death of George Floyd. The 46-year-old was killed while being apprehended by the police on 25 May.

In 2014 Eric Garner was killed in similar circumstances while police were restraining him shouting the words: "I can't breathe."

The film asks the question: 'Will history stop repeating itself?' and is followed by footage of Eric and George and scenes of Radio being choked by police in the movie.

In an interview with CNN anchor Don Lemon, Spike spoke about the protests and the unrest saying: "This is history again, and again and again. The attack on black bodies has been here from the get-go."

"The attack on black bodies has been here from the get-go," says filmmaker Spike Lee, responding to protests over George Floyd's death. "...I am not condoning all this other stuff but I understand why people are doing what they are doing." https://t.co/K5Gzn1gRT0 pic.twitter.com/sxnZJ9xRpi

We live in a world where facts and fiction get blurred
In times of uncertainty you need journalism you can trust. For 14 free days, you can have access to a world of in-depth analyses, investigative journalism, top opinions and a range of features. Journalism strengthens democracy. Invest in the future today. Thereafter you will be billed R75 per month. You can cancel anytime and if you cancel within 14 days you won't be billed.
Subscribe to News24
Related Links
US music industry presses pause as they call for 'Black Out Tuesday' in solidarity of the Black...
'Insecure' actor Kendrick Sampson shot 7 times with rubber bullets during US protests
US TV networks and streaming services take a stand against racism
Next on Life
4 Mzansi Magic original films premiering in October